The time has come to rejoin The Twilight Zone and to leave the rational and the real back home. After the success of the first season, this second season will take you even further into the imagination. Welcome to a world where a simple air flight will turn into an "Odyssey" of time for the passengers of Flight 33, or to a world where the devil is caught behind bars never to be let out, that is until a man by the name of David Ellington stumbles into town. Imagine taking a trip back into time to see if you really could change the past, can Peter Corrigan actually stop the Lincoln assassination? Furthermore, is there really such a thing as Santa Claus? We'll meet Henry Corwin, a down and out of luck man, who has just stepped into some very big shoes. This second season will leave you wondering if everything around us really is real! The Twilight Zone (Classic), Season 2 Wiki

King Nine Will Not Return
A WWII captain finds himself in the desert, next to his crashed plane. Where is his crew? And why are futuristic jet planes flying overhead?

The Man in the Bottle
A discontented curio shop owner thinks he's finally found happiness when a genie he discovers in an old bottle grants him four wishes.

Nervous Man In a Four Dollar Room
Ordered to commit a murder he doesn't want to perform, a smalltime hood nervously looks in the mirror and sees the man he could have been--confident, strong...and determined to get out.

A Thing About Machines
A writer feels that the machines in his house are conspiring against him.

The Howling Man
A man on a walking trip of post-World War I Europe gets caught in a storm. He comes across a remote monastery with a mysterious prisoner.

The Eye of the Beholder
A young woman is forced to undergo experimental treatments in an attempt to make her appear "normal."

Nick of Time
A superstitious newlywed becomes obsessed by a penny fortune-telling machine when he and his new wife are stranded with car trouble.

The Lateness of the Hour
Dr. Loren enjoys the faultless robot servants he has invented. His daughter, however, feels imprisoned by them--and soon learns how right she is.

Trouble With Templeton
Booth Templeton is an aging actor who longs for the old days when his wife was alive. Miraculously, he is given a sobering glimpse of the past he holds so dear.

A Most Unusual Camera
Chester Diedrich and his wife Paula, after burglarizing a curio shop, end up with a camera that takes pictures of events five minutes into the future.

The Night of the Meek
A down-on-his-luck department store Santa Claus discovers the Christmas spirit.

Dust
After selling the rope for a hanging, a greedy peddler, tries to sell the condemned man's father a bag of "magic dust."

Back There
It's April 14, 1961. Peter Corrigan and friends are discussing time travel at their men's club. Corrigan suddenly becomes dizzy. When his head clears, he has moved back to April 14, 1865 - the date of Lincoln's assassination.

The Whole Truth
A peculiar Model A automobile compels a used car dealer to tell only the truth.

The Invaders
An old woman in an isolated farmhouse encounters tiny, hostile aliens.

Penny for Your Thoughts
The lucky flip of a coin seems to give a mild-mannered bank clerk the power to read minds. But he soon learns that you can't believe everything you read.

Twenty-Two
Miss Powell has a recurring nightmare about room 22, a morgue.

The Odyssey of Flight 33
A commercial aircraft mysteriously travels back through time.

Mr. Dingle, the Strong
Martians give Luther Dingle the strength of 300 men.

Static
Ed Lindsay hates television, so he gets his old radio out of the basement of the boarding house where he lives. He soon finds he can receive programs from the past when he's alone.

The Prime Mover
Ace Larsen discovers his business partner has the ability to control objects with his mind. The pair head to Vegas to win big.

Long Distance Call
A young boy find he can communicate with his dead grandmother through a toy phone.

100 Yards Over the Rim
In 1847 a western settler sets out to find medicine for his dying son - and stumbles into modern-day New Mexico.

Rip Van Winkle Caper
Thieves put themselves into suspended animation for 100 years after hiding a million dollars worth of gold bars.

The Silence
A talkative man takes an offer to keep silent for a year for $500,000.

Shadow Play
Trapped in a recurring nightmare, a man tries to persuade those who are sentencing him to death that the whole scenario is not real.

The Mind and the Matter
A book on the power of thought enables an irritable man to re-create the world exactly as he wants it.

Will The Real Martian Please Stand Up
Troopers follow the tracks from a frozen pond, into a diner. Inside they find a soda jerk, a bus driver and his seven passengers. The bus driver is certain only six people boarded his bus.

The Obsolete Man
In a future state where religion and books have been banned, a librarian is judged obsolete and sentenced to death.

What do you think The Twilight Zone (Classic), Season 2 tv serie? Can you share your thoughts with other peoples?

And we didn’t get what we needed we do want him and games and ...

"The Silence" One of my faves with Jonathan Harris(Ya know Dr.Smith) Just a great episode that you will not forget buy it with zero regrets

This is the greatest show in the history of television, hands down. If only we could have more, brilliant, tv shows like this now.

This is one of those series that will continue to stand the test of time. Rod Serling faced incredible censorship thus he and the show's writers had to convey important universal social themes, such as racism, government, war, and society creatively. This is one of the things we've lost with all of the "in your face" media today. Writers including Charles Beaumont, Ray Bradbury, Earl Hamner, Jr., George Clayton Johnson, Richard Matheson, Reginald Rose, and Jerry Sohl worked on the show as were adaptations of many classic stories by Ambrose Bierce, Jerome Bixby, Damon Knight, and Lewis Padgett. As a kid watching reruns on late night television this program made science fiction accessible. As an adult, I can further appreciate the language and acting even more. Thanks iTunes for bringing this program to a new generation.

Probably the greatest show in the history of television. 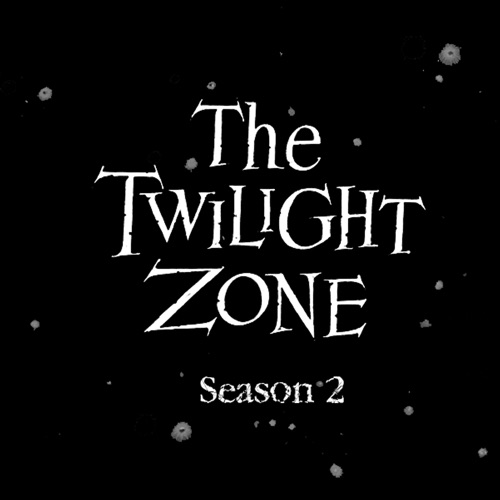