Rod Serling's classic, groundbreaking series changes in season 4 from a half-hour format to full one-hour episodes. A few of the standout episodes from season four include "Miniature" with Robert Duvall, "Death Ship" starring Jack Klugman who has a recurring nightmare, "The Bard" a spoof on TV that features Burt Reynolds and "In His Image" about a man who builds an exact robot replica of himself. The Twilight Zone (Classic), Season 4 Wiki

The fourth season of The Twilight Zone aired Thursdays at 9:00–10:00 pm on CBS from January 3 to May 23, 1963. This season broke with the previous seasons in presenting hour-long episodes instead of the earlier half-hour episodes. A very different and more complex set of graphics was used for the intro, and Rod Serling's narration changed from the earlier seasons as well: "You unlock this door with the key of imagination. Beyond it is another dimension. A dimension of sound. A dimension of sight. A dimension of mind. You're moving into a land of both shadow and substance, of things and ideas. You've just crossed over into the Twilight Zone."

In His Image
A scientist creates an android that has the qualities which he feels he's lacking.

The Thirty-Fathom Grave
A US naval destroyer investigates a mysterious tapping sound coming from a sunken submarine.

Valley of the Shadow
A reporter finds himself trapped in a small town where people can reverse time and do many other amazing things.

The Mute
A 12-year-old girl who lost her parents in a fire doesn't speak because she has grown up in a secret telepathic community. The couple who take her in, and her teacher, are determined to help her adapt to their society, no matter the cost.

The Death Ship
A three-man spacecraft lands on a planet only to discover the wreckage of a spacecraft identical to their own. Two of the crew are convinced that they are dead, but the captain refuses to see the truth.

Jess-Belle
Jess-Belle enlists the aid of a local witch who casts a spell that makes Billy-Ben fall in love with her.

Miniature
A lonely man falls in love with a mini museum doll, which he believes is alive.

Printer's Devil
Douglas Winter, the editor of a famous newspaper, makes a deal with the devil.

No Time Like the Past
A man travels back in time to try to prevent some of history's catastrophes.

The Parallel
An astronaut arrives back on Earth, then notices several differences.

I Dream of Genie
A man considers several possibilities when offered one wish by a genie.

The New Exhibit
The curator of a murderers' row in a soon-to-be-defunct wax museum persuades the owner to let him keep the figures for awhile. When his wife attempts to destroy them, a new murderous rampage begins.

Of Late I Think of Cliffordville
A bored, wealthy businessman gets a chance to go back in time and start over, armed with all the knowledge he's acquired...an arsenal that's not as powerful as he thinks.

The Incredible World of Horace Ford
Toy designer Horace Ford spends most of his time reminiscing about his idyllic childhood. But when he gets a chance to go back to those years he gets a bitter taste of reality.

On Thursday We Leave for Home
A man named Benteen leads a colony of Americans stranded on a desert planet for 30 years.

Passage On the Lady Anne
A husband and wife take a cruise they will never forget.

The Bard
An untalented would-be writer's career takes off when the ghost of William Shakespeare writes his script.

What do you think The Twilight Zone (Classic), Season 4 tv serie? Can you share your thoughts with other peoples?

I know a lot of people feel this season was the worst with the episodes going to almost an hour, but to me, they are just as good as the shorter ones. Because of their length they usually don't show up in modern syndication. So set up some extra time to binge watch. There are a few gems in here, all are solid. Just the format changed, with longer scripts.

Excellent picture!! Sound and quality. Great show, and even better in HD

THIS IS ONE OF THE BEST TV SHOWS EVER TO BE RELEASED IN TV. A MIX BETWEEN MIND BOGGLING EVENTS AND DISTURBING AND SCARY SITUATIONS! BUY BUY BUY BUY BUY! 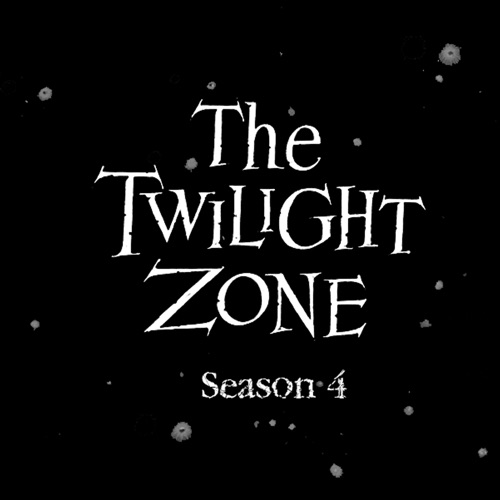