A recipient of the 2010 Emmy® Award for Outstanding Comedy Series and a Screen Actors Guild Award for Outstanding Performance by an Ensemble in a Comedy Series, Modern Family returns to ABC for its fourth season! Jay Pritchett (Ed O’Neill) sits at the head of a large and unconventional family. Now in his second marriage to his gorgeous young wife, Gloria (Sofia Vergara), Jay has been given something of a second chance. Still, old habits are hard to break, and it’s trial by fire as he tries to adapt to life with the same passion and vigor that Gloria exhibits, which are matched by her precocious 12-year-old son, Manny (Rico Rodriguez). There are some culture clashes, a few misunderstandings, but also plenty of sweet victories along the way. Jay’s grown daughter, Claire (Julie Bowen), and her husband, Phil (Ty Burrell), are the proud parents of three kids with whom they want that open, healthy, honest relationship. It’s not always easy, especially when you have Haley (Sarah Hyland), a teenage daughter who’s growing up a little fast, Alex (Ariel Winter), a too-smart-for-her-own-good middle daughter and Luke (Nolan Gould), a scatterbrained boy. Add to this that Phil is just a big kid himself, even if he does always have the best intentions. Claire is the anchor, trying her best to run a tight ship and determined not to let her kids have the rebellious childhood she had. Claire’s brother and Jay’s grown son, Mitchell (Jesse Tyler Ferguson), is busy raising an adopted daughter, Lily (Aubrey Anderson-Emmons), with his long term partner, Cameron (Eric Stonestreet). Opposites attract in this household, with Cameron having a wonderfully big personality and maybe a flare for the dramatic, while Mitchell is more buttoned-down. They balance each other out, and these doting fathers are relishing their roles as parents developing their own little family. These three unique families give us an honest and often hilarious look into the sometimes warm, sometimes twisted, embrace of the modern family. Modern Family, Season 4 Wiki

With Jay and Gloria's baby on the way and Haley going off to college, the entire Pritchett-Dunphy clan faces some major surprises as they bicker and bond over house-flipping headaches, unwanted play dates, and everything from hot-tempered hormones to in utero karaoke.

Couldn’t think of one reason why this show should be anything less than 5 stars!

i love this show. season 4 is by far the best one. belly laughs from every single episode. can’t go wrong!

JonEwaD - Good show but not the funniest

I like the show but I'm sick of the Emmys giving this show the best comedy award every year it just isn't. There are other shows that are funnier, ex. Community & Big Bang, and there are better written comedies, ex. Louie.

This is seriously the most hilarious show ever.

I've always loved modern family and I can never wait for the newest episode! Best show ever!

This is what TV should be rather than reality trash.

The shows first 2 seasons were pretty funny they were like 4 stars Season 3 was like 2 stars but still had its funny moments but this season deserves 0 stars. Just awful

Love everything about this show -'the script, the characters, everything!

Jssels325 - Cannot get any more osm

Just for Luke, this tv show is worth watching <3

I watch this show all the time. It brings a smile on my face. Not all shows are good like this one.!!!! Keep if going.

This show is awesome

They all look a lot younger than they are I thought Sarah Hyland was 15 and Ariel Winter 10 same with Nolan Gould. But very funny and good show.

This show really deserved earning all Those awards!! Who agrees with me ❔

It is my favorite show by far. Funny and Heartfelt. Good for every body.

It got off to a rough start but slowly progressed to the Modern Family we know. In my opinion Party Crasher and the Opera one(sorry I forgot) were the best!

BriToast123 - The Modern Family We Love

I was very disappointed with the beginning of Season 4. I just thought the show was lacking some it's key elements that made it so great. It was still good and it's funny moments. But it just wasn't the same. NO NEED TO FEAR BECAUSE IT IS BACK! Party Crasher and Fulgencio were pure gold! It's the modern family that i love and I find HILARIOUS! It had outrageously funny humor, funny situations executed right and the nice family message, So glad it's back and can't wait for the rest of the season.

I can't get enough of this show! It is so funny and the characters are great, especially Phil.

I've not laughed like this for a while, this latest episode is just hilarious, Phil is great.

This show is so funny it's my favorite show ever!

Don't watch TV Programs often. However, I made an exception with this one and managed to watch almost 4 Seasons in a matter of days because I liked it so much. It's a feel good program.

It's a must-watch comedy, love it!

This is the most hilarious and feel good show I've watched in a while!

The other seasons were full of intelligent, subtle humor, but something has gone terribly wrong behind the scenes. The actors are the same, but the writers must be different.

bananamonstersoraka - Where is Sofia's baby

In the episode of express Christmas she is not pregnant

The worst episode is far better than the best of anything else on TV.

I love Modern Family, and it never fails to make me laugh during every episode! I very much recommend this TV series. You'll love watching it, and be waiting every week for a new episode! :)

gwenbrant - THE BEST SHOW EVER!

OMG!!!!!!!!!!!!!!!!!! i love modern family i have been watching it since season 1 came out it is the best can't wait tip gloria gets her baby and dicy gets married again

why is it no episodes to download for this week ?

I love love love this show! Been my favorite since season 1!

It makes me a little annoyed the show that swipes all the awards is again filling their season with filler shows with weak laughs. The comedic timing is so off, especially with Gloria, Manny, Mitch and Luke! I feel like they have run out of good ideas which is again annoying since unlike much funnier shows on television currently ( Friday Night Dinner) they have many more writers. You would think between them they could come up with some decent ideas. People on iTunes are paying for these weak episodes, and thank God I didn't buy the full season pass. Wish I could get my money back on some, especially the past 3.

dynarikanrik - this show is the best feel awesome show EVER!!!

ZoeFitzie - IM IN LOVE WITH THIS SHOW!!!

5 words: Best Show In The World. Im absolutely obsessed with this show! When I don't see a new episode, I feel like I have committed a crime! Haha I fully recommend this show to anyone who likes to have a laugh, and still be able to connect to the characters.

I love this show its great

The fact that this show is so popular reflects how sick north american society has become.A "family" of dysfunctional homosexuals is funny?

I love You so much Sarah Hyland!! Your amazing and my favourite actress ever I love you<333 -Isabella

Good show over all.

Should I get it?

Unlike other sitcoms it is still in it's prime. Very good acting and great script.

I wish there where more stars to put!!! I luv modern family and when ever possible I watch it with my family!!✨🌟💫😻😸😺😎😋😍❤❤ it is my all time favorite show!! I laughed soo hard when cam and mich had the toy elephant and that gorilla!!🙊🙉🙈

Sel is Wivv - SO AWESOME

Love this show sooo much. Even the bad episodes are funnier that anything else on tv.

I don't get half of the jokes that my parents laugh at but that just tells you there this is meant for a huge range of ages. So hilarious. Keep on coming episodes!!!!

On the most recent episode of ABC's award winning comedy "Modern Family", the CEO of MLH Productions, Mark Hendrix, came out to review one of his favorite shows "Modern Family." As a successful CEO and producer his review and opinion was valued. Here was his thoughts: I think the lines and story setting could have been written a little more clever like, yet I still have only seen the first episode. There were many funny parts as always in the first episode, yet the characters seemed to have changed a little. I'm sure as the season progresses the quality of the acting will only progress with it. I also noticed a decease in production quality. The added production company's Picador Productions and Steven Levitan's own production company which replaced Lloyd-Levitan Productions, seemed to not work as well together. The ending outro credits for the company's are odd and ridiculous as well. Sure will miss the simply record outro for Lloyd Levitan Productions, instead of the odd one for Steven Levitan and the Mexican baby outro for Picador. Overall the first episode started off well. Here's to another successful season. Mark Hendrix MLH Productions CEO 10/5/12

I like it very much. Since I finished the season 1, 2 and 3, I have hoped to watch the next season.

Alongside The Big Bang Theory I find this one of the funniest sitcoms on TV today I can't wait to see what the rest of the season has to offer.

Modern Family rocks!😄 The first episode was awesome...can't wait for the rest of the season!

Just watched the first episode. Barely. Trite dialogue, boring scenes… just laughably bad. This show had a fantastic first season, but that's it. Do not waste your money.

I love modern family! It is my favourite TV show! Finally season 4!

This is an amazing show for all ages! Can't wait for season 4!

Now that The Office is coming to its end, Modern Family is my new FAVORITE show! Make me laugh so hard whether I'm watching it with family or all by myself on my computer. Such a well written show!

just keeps getting better. love the song by Marshal Reign :) 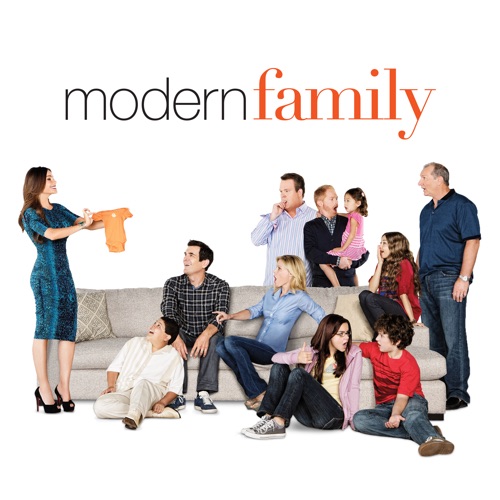