The Real Housewives of Orange County returns for season eight! Vicki Gunvalson, Tamra Barney, Gretchen Rossi, Alexis Bellino and Heather Dubrow are joined by fresh-faced, level headed and surprisingly direct OC heiress Lydia McLaughlin. Reeling from the repercussions of last season's epic clashes, the series once again ventures behind the gates for a scandalous look at the loves and lives unfolding inside one of Southern California’s wealthiest communities. The Real Housewives of Orange County, Season 8 Wiki

These ladies show no signs of slowing down and although they may be enjoying the sunny SoCal lifestyle, replete with plastic surgery and frequent shopping sprees, real life still manages to find them, even in the land of excess and indulgence on The Real Housewives of Orange County.

OMG ! These crazy hilarious baby boomers are the reason psychotherapy and plastic surgery stay in business. Poor Briana and Troy…

Would give 5 stars but iTunes is trying to charge 2.99 HD and 1.99 SD for the reunion shows?? Really we already paid for the season pass!! U owe me SD version 1.99. This is the first year that the reunion shows are not included!! Not cool…..

The most shocking event this season was RYAN's outburst at Vicki's party. Brianna: active duty soldier or not, that behaviour is a huge red flag..

Jame Boulet - Where is the new episode??

Itunes you are slacking! RHNJ and now OC new episodes are both still not up?

We40Deep - Where the eff is the next episode?

It's listed but when you click on the link, it's not here...same with New Jersey episode 'Gym Rats'. What the hell is Itunes and Bravo uploaders doing?!! Oh and yes, this show gets a genuine ONE star. It's time for some 'new' ladies.

AW6 - Most Real Season Yet

Tamra finally makes efforts to rise above the drama and be the bigger person. And we start to see the true Tamra. Also, it is great to see Gretchen support Slade during such a hard time. Lastly, Lydia is a great new edition. She is the last straw to try to get Alexis to not be victim.

Always the Best!! Favorite housewives out of all the shows. Love Tamera, Heather and Gretchen. So far Lydia seems good too!

This is past the enjoyment phase, there is nothing left to film, A WASTE OF TIME AND MONEY. DON'T BOTHER!

Can Tamara get any nastier or louder? She is as mean as mean can possibly be. By the way, what did Alexis or Vicki do wrong at Tamara's opening party? Tamara was hateful from the start

Alias_Freak - She got a chin implant?!

Okay so I love these ladies...well some of them! ;) Tamara is my Favorite drama starting queen bee! Looks like this is gonna be a good season for her! I'm so glad to see my favorite brunette Heather back for a second season! So glad Gretchen and Slade are doing well and OMG HE HAS A JOB!!!! Jesus Juggs is back with a shorter sexier haircut let's hope it brings her a new confidence, or maybe a better brain. Vicki what did you do to your face?! Your chin implant is WAY to big...if it was smaller it would look normal. I'm sorry the surgeon broke your face. YAY for season 8!!!!!

Gillytherock - The Original Girls are the Beat

The best house wives of our century

where are these so called Passes we were supposed to get? Hello? What's going on please?

Just curious on how many episodes there are in this season and when the new ones are coming?

Caylenne Donnelly - Where are the rest of the episodes???

I don't have time to watch this on Mondays so I bought the season pass but it stopped after episode 9???!!!! What's going on here I paid for the season already!

Could we please get the remaining episodes. This is frustrating. Bought seasons pass. iTunes is not doing what it promised when I paid for this. MSL.

Shaunzy7 - Where are my paid for episodes?

I-tunes Canada, can you PLEASE post the last months episodes?? What ever happened to the convenience of a SEASON PASS!!!

I also bought a season pass and am very annoyed that no new episodes have been uploaded for many weeks!!!!!!

Seriously?? Three weeks and no new episodes?! I paid for a season pass to be updated weekly, not to be frustrated!

Hello! I bought the Season Pass, but don't have any episodes for June and for the first Monday of July. Thanks

Where r the other episodes.

The episodes are finally up! 🙌

Ukugjfjfkjhgg - Where are the latest episodes?

Pleeaaassseee, make available the RHOC season 8 finale, and reunion part one - so frustrating......

Loving the OC, getting frustrated that the next episode hasn't downloaded yet!!

Loving this season with all the drama, it never gets boring! Can't stop watching! Highly recommended

mitch_dolce - only in the o.c

Season 9 and 10 would be great? iTunes UK needs to up its real housewives game.

Love this show! But, majorly disappointed that seasons 4-7 are not available to buy :(

Over £50 for 1 season is a joke. This season is amazing but I'll wait till it comes down in price. Also 1-3 is available but no sign of 4-7 disappointing.

Love, love, love this show! The houses, the styles, the fights, I love it!!!! Now please make seasons 4-7 available in the UK! 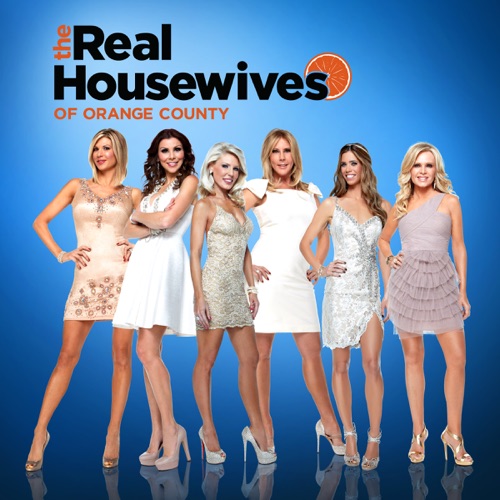