Get ready for a tail-wagging good time in these rescue adventures with the PAW Patrol! Get ready to save the day in Adventure Bay with Ryder and his team of heroic puppies: Marshall the firedog, Skye the daredevil flying pup, Chase the police dog, Rubble the construction pup, Rocky the recycling pup, and Zuma the water rescue dog. The pups have some watery rescues to tend to when they help sea turtle hatchlings cross a road and lead a beached baby whale back to its mother. Next, the pups help their animal friends when they rescue a lost kitty from the bay, help a baby gosling fly home with his flock, and track down a baby elephant that escaped from a circus train! Then, PAW Patrol is on a roll as they come to the rescue of Mayor Goodway when she gets stuck in a hot air balloon and when her pet chicken, Chickaletta, gets lost! From fighting fires to fixing train tracks to defeating snow monsters, for PAW Patrol, no job is too big, no pup is too small! PAW Patrol, Vol. 1 Wiki

Pups and the Kitty-tastrophe / Pups Save the Train
Ryder and the PAW Patrol rescue a lost kitty from the bay, but who will save them from all the mayhem she causes? / Ryder, Rubble, and Rocky call in Chase to help them free Katie and Cali's train from a rockslide!

Pup Pup Boogie / Pups in a Fog
The PAW Patrol must work quickly to fix the tracks and remove a train car at the Adventure Bay Train Station, before the next train comes./Ryder and the PAW Patrol battle the clock to fix the lighthouse.

Pups Save the Sea Turtles / Pup and the Very Big Baby
Ryder, Chase, and Rubble hatch a plan to help sea turtle hatchlings safely cross the road to get to the beach!/There's a beached baby whale in Adventure Bay! Can the Paw Patrol work together to reunite it with its mother?

Pups Save the Circus / Pup a Doodle Do
Ryder gets a call from the Circus ringmaster – Ellie the baby elephant has escaped from the circus train! /Mayor Goodway's purse chicken "Chickaletta" has gone missing. Ryder and the Paw Patrol search Adventure bay.

Pup Pup Goose / Pup Pup and Away
Marshal gets a new BFF when a gosling he names "Fuzzy" takes a liking to him. /When Mayor Goodway accidentally takes off in a hot air balloon, Ryder and the Paw Patrol must make a dramatic rescue to save her and win the race!

Pups Pit Crew/Pups Fight Fire
Ryder and the PAW Patrol have to rescue Alex when he takes off on his new "super trike"./Marshall proves he is a true hero when he stops to put out a real fire on the beach during a race against the clock for a trophy.

Pups Save the Bunnies / Puptacular
Farmer Yumi's carrots are disappearing and she calls Ryder and the Paw Patrol for help. /Katie is excited to be entering one of the Paw Patrol pups into a puppy grooming competition "Puptacular" in the next town.

Pups Get a Rubble/Pups Save a Walrus
We see a flashback of how Rubble became a member of the Paw Patrol!/When Wally the Walrus gets tangled in an old fishing net, Ryder and the Paw Patrol need to get him to the surface and back to shore safely.

Pups Save the Treats/Pups Get a Lift
Mr. Porters van full of puppy food slides on the ice near the shore; Ryder and the PAW Patrol must save the day!/Katie and her cat Cali are on the chair lift when it stops leaving them above the ski hill with no way to get down!

Pups Save a Hoedown / Pups Save Alex
It's Adventure Bay Western Days, when a herd of cows escape from a train at the railway station! / When their friend Alex decides he wants to be a member of the PAW Patrol the PUPS and Ryder let him come along for the ride.

Pups and the Ghost Pirate
It's Halloween! Capt'n Turbot has decorated an old wreck as a pirate ship for a town party. When the ship mysteriously heads out to sea captained by a "ghost" Ryder and the Paw Patrol must save the ship and discover the ghost!

Pups Save a School Day / Pups Turn On the Lights
Alex loses his back pack on the first day of school! Ryder and the Paw Patrol need to help him find it. / It's Chase's birthday and the pups are planning a surprise party. A storm causes the power to go out!

What do you think PAW Patrol, Vol. 1 tv serie? Can you share your thoughts with other peoples?

Price is rediculous. Looking for cheaper alternative. Might be worth it if I knew I get the British English voices.

The only thing I need is this

Paw Patrol is the greatest cartoon I've ever seen! It not only attracts kid viewers but it also attracts teen viewers and adult viewers as well! I'm truly happy to call myself an adult fan of Paw Patrol. My favorite cartoon of all time and I'm not ashamed one bit to admit it. Truly Incredible! :)

Where do I start with PAW patrol,first of all best show you can watch😉 Second of all no matter what this show can be enjoyed by tons of people!!!😃👍👍👍

I paid $30.00 for a product that will not Download. Apple's 'Report A Problem' doesn't help. Every episode errors out with timeout errors yet I can download other products.

Our "just turned" three year old will forego watching Thomas the Train, Cat in the Hat and Curious George to watch Paw Patrol. He LOVES this show!!!

My son loves this show! And I find it more tolerable to watch than Dora.

You should watch it. It's a great show

When will this season end and how many episodes should we expect? I would like to change regions/countries and this is holding me back. I wish I could cancel it. From whom do we find out this info? Very annoying...

After purchasing this season pass six months ago and downloading all the episodes we moved countries. Because this is still showing as an incomplete season pass I now can't change my iTunes country no matter who I speak to at apple. I'm now at the whim of Viacom for them to list this as complete before I can purchase any new apps, shows or music in my new country. Not good enough iTunes and Viacom!!!

You had all the episodes, but then some disappeared, what gives?

Very nice. Hope the other episodes will be uploaded soon :-)

What happened to episodes 8, 11 and 13? Not happy, having payed for the series. 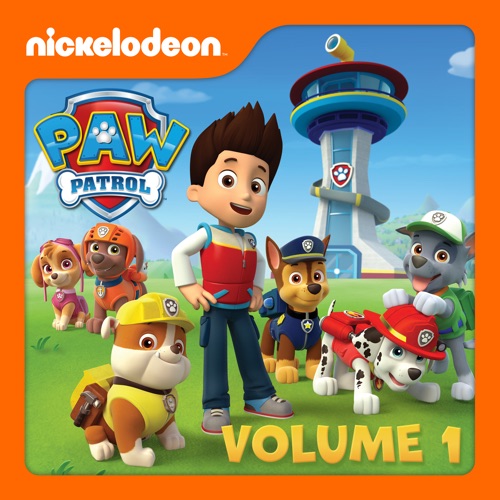