Whenever there’s trouble, just yelp for help! Ryder and the PAW Patrol will be there to save the day in Adventure Bay! Join them in these 23 rescue missions as they roll out to save Cap’n Turbot’s boat before it sinks and Farmer Yumi’s crops before they freeze. From a baby owl to a runaway monkey to Mayor Goodway herself, Marshall, Chase, Rubble, Skye, Zuma, and Rocky are always ready to lend a paw. Even on the holidays! When the team puts on costumes for a Halloween party, they find themselves on the job as a spooky guest haunts the festivities. They’ll need to sniff out a special egg at the annual Easter Egg Hunt, and save Christmas when Santa’s reindeer run off! Whether it’s an oil spill in the bay or Ryder’s robot pup gone wild, the PAW Patrol is always ready for action! PAW Patrol, Vol. 2 Wiki

Pups Save a Pool Day / Circus Pup Formers
It's a hot day and the pups head for the water park – but the pool is empty! Paw Patrol to the rescue. / When the animals don't show up in time for the Circus to start; Ryder and the Paw Patrol step in to help.

Pups Make a Splash / Pups Fall Festival
When Cap'n Turbot's boat runs aground, Ryder, Zuma, Skye, and Rocky must team up to save it before it sinks! / The PAW Patrol must pick all Farmer Yumi's fruit before an early snowstorm comes! But how can Chase help?

Pups Save Christmas
When Santa's Sleigh crashes and the reindeer run off – Ryder and the PAW PATROL have to help Santa finish delivering presents and save Christmas!

Pups on Ice / Pups and the Snow Monster
Ryder and the PAW Patrol need to rescue Alex on Jakes mountain./The pups find strange footprints in the snow on the mountain outside Adventure Bay. Everyone thinks it's a "snow monster" and it's scaring the skiers away.

Pups Save a Monkey / Pups Save a Hoot
When a monkey escapes from his cage on the train, Ryder and the Paw Patrol are lead on a wild chase through Adventure Bay!.../Ryder and the PAW Patrol save a baby Owl and reunite him with his Mother.

Pups Save a Bat / Pups Save a Toof
A baby Bat decides to take a nap hanging from the Town Hall's bell and Mayor Goodway can't ring it. Ryder and the Pups attempt to rescue the bat quietly so it doesn't wake up, but it does and causes trouble around town. Alex is afraid to go to the dentist, so Chase and the PAW Patrol work together to show Alex that fears can be overcome.

Pups Save the Easter Egg Hunt
It's Adventure Bay's annual Easter Egg hunt and the pups are helping Mayor Goodway with the egg decorating. Th+e hunt for a very special egg leads Ryder and the Paw Patrol on an exciting adventure!

Pups Great Race / Pups Take the Cake
It's Adventure Bay Race Day and the pups are about to race each other all across the town to see who is the fastest pup. One other competitor unexpectedly shows up though, Alex in his super trike!

Pups and the Beanstalk / Pups Save the Turbots
PAW Patrol is a CG action-adventure preschool series starring a pack of six heroic puppies led by a tech-savvy 10-year-old boy named Ryder.

Pups Save the Camping Trip / Pups and the Trouble with Turtles
PAW Patrol is a CG action-adventure preschool series starring a pack of six heroic puppies led by a tech-savvy 10-year-old boy named Ryder.

Pups Save a Flying Frog/Pups Save the Space Alien
Marshall's new pet frog, Smiley, is going to be in a jumping contest! The only problem is that during a practice run Smiley jumps right into Skye's helicopter and it takes off!

What do you think PAW Patrol, Vol. 2 tv serie? Can you share your thoughts with other peoples?

Clainos - Why so few episodes sold for a "full" season?

Show is Great, but how it is packaged is a problem. I'm curious as to why only 13 episodes are sold for a season. I know for a fact that each (real) season has 30 (if not more) episodes per season, so why are we charged so much for a thrid of an entire season? My kids love this show, but its a little frustrating to know this fact, and still have to pay for sucha small number of episodes.

My son can't get enough Paw Patrol, and we read the "Pups Save Christmas" book, so he wanted to watch it. This bundle was perfect, and had some videos they don't play on TV all the time. Well worth the money.

Pawpatrow is the best tv show in the world. 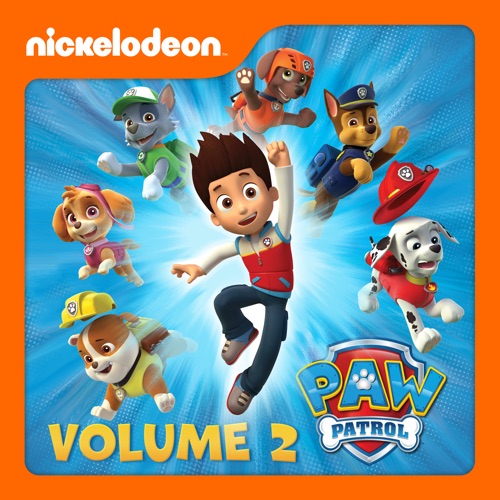