It’s time for the PAW Patrol to save the day in eight epic adventures! When friends in Adventure Bay need a paw, these canine heroes prove that no job is too big and no pup is too small! First, Ryder, Chase, and Rubble need to use their Pup Pup Boogie dance moves to fix the train tracks or they’re doggone out of luck! Then the PAW Patrol must save Cap’n Turbot and an approaching ship from the thick fog by fixing the lighthouse. When the circus comes to town, the PAW Patrol faces a BIG problem as a runaway baby elephant goes stomping through Adventure Bay; then, Ryder, Marshall, and Chase need to find Mayor Goodway’s precious pet, Chickaletta! When a herd of cows escapes during Adventure Bay Western Days, the PAW Patrol needs to work together to round them up, and when Alex tries to join the PAW Patrol, saving Cali the cat proves a bit “ruff!” From turning a hot day into a cool Pool Day to stepping in as circus “pup-formers, the PAW Patrol is saving each day in Adventure Bay! PAW Patrol, Play Pack Wiki

Pup Pup Boogie / Pups in a Fog
The PAW Patrol must work quickly to fix the tracks and remove a train car at the Adventure Bay Train Station, before the next train comes. / Ryder and the PAW Patrol battle the clock to fix the lighthouse.

Pups Save the Circus / Pup a Doodle Do
Ryder gets a call from the Circus ringmaster – Ellie the baby elephant has escaped from the circus train! / Mayor Goodway's purse chicken "Chickaletta" has gone missing. Ryder and the Paw Patrol search Adventure bay.

Pups Save a Hoedown / Pups Save Alex
It's Adventure Bay Western Days, when a herd of cows escape from a train at the railway station! / When their friend Alex decides he wants to be a member of the PAW Patrol the PUPS and Ryder let him come along for the ride.

Pups Save a Pool Day / Circus Pup Formers
It's a hot day and the pups head for the water park – but the pool is empty! Paw Patrol to the rescue. / When the animals don't show up in time for the Circus to start; Ryder and the Paw Patrol step in to help.

What do you think PAW Patrol, Play Pack tv serie? Can you share your thoughts with other peoples?

I'm so happy this is only $6 my little brother is so happy and I'm buying it!

I like Paw Patrol a lot. The first second I saw it I liked it.👍🏼 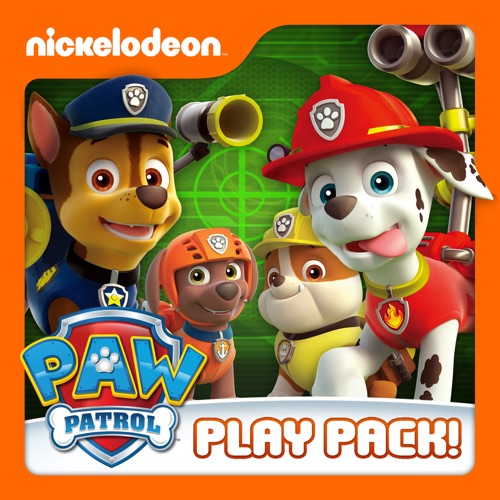