From saving Adventure Bay from a hot summer day to helping beach animals chill out, the PAW Patrol is on a roll in these eight summertime rescues! Beat the heat with these canine heroes as they save the circus, baby turtles, Chickaletta, and more! PAW Patrol, Pups Save the Summer! Wiki

Pups Save a Pool Day / Circus Pup Formers
It's a hot day and the pups head for the water park – but the pool is empty! Paw Patrol to the rescue. /When the animals don't show up in time for the Circus to start; Ryder and the Paw Patrol step in to help.

Pups Save the Camping Trip / Pups and the Trouble with Turtles
PAW Patrol is a CG action-adventure preschool series starring a pack of six heroic puppies led by a tech-savvy 10-year-old boy named Ryder.

Pups Save the Sea Turtles / Pup and the Very Big Baby
Ryder, Chase, and Rubble hatch a plan to help sea turtle hatchlings safely cross the road to get to the beach! / There's a beached baby whale in Adventure Bay! Can the Paw Patrol work together to reunite it with its mother?

What do you think PAW Patrol, Pups Save the Summer! tv serie? Can you share your thoughts with other peoples?

thumbs up🎉👍 - Happy my favorite one is the flying puppy!

You know, there's such things called opinions. So why don't you respect them. Not everyone likes paw patrol

I am not 3 or 4 years old but I love the show so much and... I have my own YouTube channel and I still love it and plus I hate the person so much that said Paw Patrol Is So Stupid I HATE THEM SO MUCH so as I was saying I love the show so much and please add in a new pup that is a pug oh Please Please Please add one in oh Please so again Paw Patrol Is Not Stupid!!!😡😡😡So now BBYYYEE🤗🤗🤗👋🏻🐼🐼🐼

Nice show for Sunday night to end the weekend. 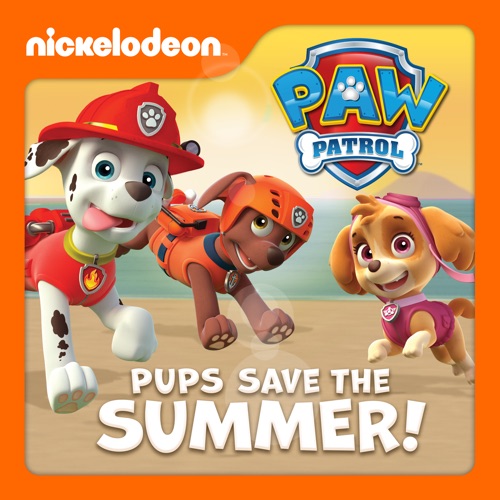