Rubble on the double! The PAW Patrol can count on their lovable construction pup to unblock train tunnels, scoop friends out of snow avalanches, and more in these 12 rescue missions! Plus, find out how Rubble became a part of the PAW Patrol! PAW Patrol, Rubble On the Double Wiki

Pups Save the Treats / Pups Get a Lift
Mr. Porters van full of puppy food slides on the ice near the shore; Ryder and the PAW Patrol must save the day!/Katie and her cat Cali are on the chair lift when it stops leaving them above the ski hill with no way to get down!

Pups Get a Rubble / Pups Save Wally
We see a flashback of how Rubble became a member of the Paw Patrol! / When Wally the Walrus gets tangled in an old fishing net, Ryder and the Paw Patrol need to get him to the surface and back to shore safely.

Pups and the Beanstalk / Pups Save the Turbots
Rubble decides to nap under a tree at Farmer Yumi's when suddenly Adventure Bay gets a HUGE problem - Alex the Giant! Ryder and the pups have to keep Giant Alex busy so he doesn't innocently cause any more damage.

What do you think PAW Patrol, Rubble On the Double tv serie? Can you share your thoughts with other peoples? 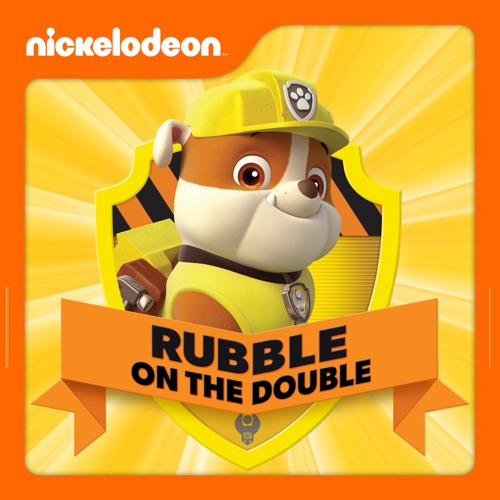