Years after an unspeakable tragedy tore their lives apart, two sets of parents (Reed Birney and Ann Dowd, Jason Isaacs and Martha Plimpton), agree to talk privately in an attempt to move forward. In Fran Kranz’ writing and directing debut, he thoughtfully examines their journey of grief, anger and acceptance by coming face-to-face with the ones who have been left behind.

Two couples meet for a painful and raw conversation in the aftermath of a violent tragedy.

What do you think about Mass movies? Ask the moviesrankings.com community a question about Mass!

The best movie of the yearDisappointed to see its not getting the award nomination love it deserves. Martha Plimpton and Ann Dowd deserve Oscars. Top performances of the year, hands down. Gut wrenching and beautifully acted..Shamrock211Score: 5/5

WOWAs parents who have lossed a son this movie sucked us in and did not let go until the very end. Extremely well acted and each actor was real. You better be in a mood for an emotional rollercoaster..KeptmanScore: 5/5

MassVery well acted, written and directed. Definitely one of the best movies of the year. I hope the Oscar’s don’t overlook this hidden gem..Trashboat32Score: 5/5

The Most Under-appreciated/Unseen Film of 2021The performances in this film are insane and probably the best acting showcase I have ever seen. It should be a huge awards contender this year, if only more people knew about it or had seen it. It’s a slow burn that tears you in half and puts you back together by the end in a way you didn’t expect. I promise it’s well worth your time..KCGueb88Score: 5/5

The best movie of 2021Folks, watch this with an open mind and enjoy four of the best performances you will ever see..YourFriendlyPodcastListenerScore: 5/5

This is the movie The Humans tried to be… and failed miserably.This was one of the best acted films I’ve seen since In the Bedroom. It’s like a gut punch, and as simple as the production is, it holds your interest the entire time. It leaves you exhausted emotionally. It also taps into the real emotions these people are suffering from in a way the recent film The Humans claimed it wasn’t going to do, but did not at all. I suggest everyone involved in making The Humans sit down and watch Mass… and learn from the best..[email protected]Score: 5/5

GrippingWhere the biggest blockbusters emotionally exhaust you through pummeling amounts of CGI to the point where you wonder whether you are a masochist or not, “Mass” emotionally exhausts you through the vice-grip of character acting. Four adults work through their ghosts and it’s not pretty, but that’s the beautiful thing about this movie. In the midst of the mess there is hope, redemption, and forgiveness. Truly one of the best movies of 2021..JaketheCannonScore: 5/5

Absolute must watch, with a tough topicThey just don’t make movies like this any more. Tremendous acting all around….and the roles were extremely demanding. Extremely tough topic here, and you can feel the awkward tension right from the start. This is something you would normally see on stage vs. in a movie format. Ann Dowd = best actress on the planet and crushing it, as usual!!.Gut CramperScore: 5/5

Emotional impact.This movie hits so close to home with the tragic events happening in our world. I was angry, my blood pressure was up, I cried and I was engaged through the entire movie. Brilliant, without a lot of extra fluff. Just simple settings with deep, dark situations. I haven’t connected with a film like this in a long time..Bonniekate79*Score: 5/5

Mac_gardiner12He has a careless disregard for human life….except his own. He withheld vital information and spewed lies that caus… .Mac_gardiner12Score: 5/5

Ccupjakes_xd 004YJWN: wave three of mass voting is ongoing, don't forget to cast your votes for enhypen on tta !.Ccupjakes_xdScore: 4/5

HEEndiPAPAtinag ethanheesueng: MASS VOTING ON TTA HAS ALREADY BEGUN !!! PLEASE PROCEED TO THE SITE NOW AND VOTE FOR #ENHYPEN !!! EXHAUST YOUR ACCOUNTS.….HEEndiPAPAtinagScore: 3/5

Enhavil📣 the wave 3 of mass voting for TTA is starting cast your votes now & dont forget to double chec… .EnhavilScore: 1/5

_ankurshah NeilClark66: The best way to describe the ‘Great Reset’ is hi-tech feudalism. It’ll be the end of car ownership of the masses. The end…._ankurshahScore: 3/5 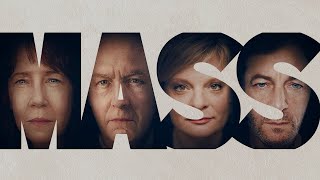 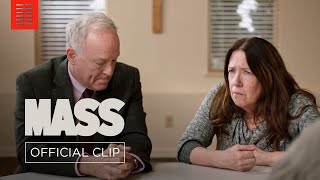 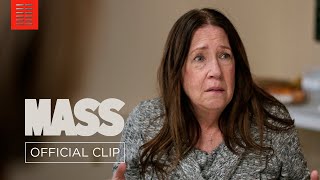 ▶ Everything You Cannot See 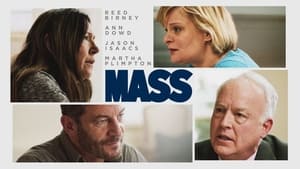 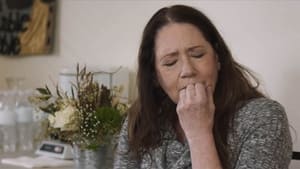 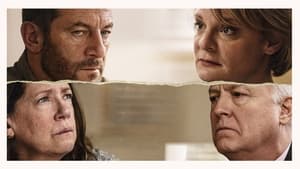 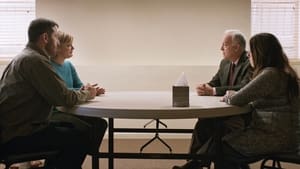 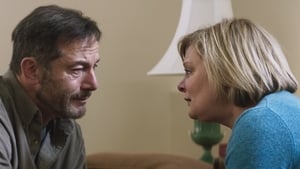 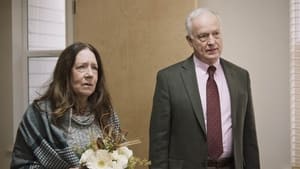 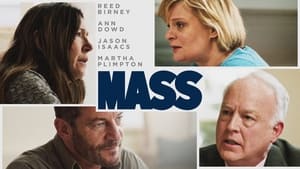 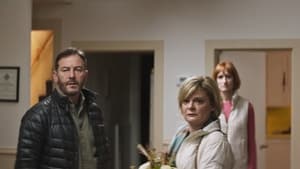 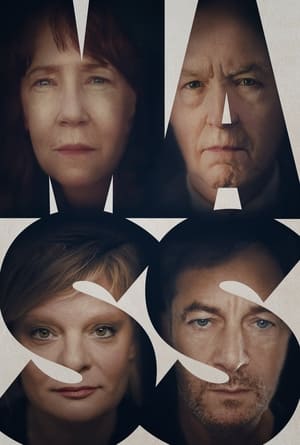 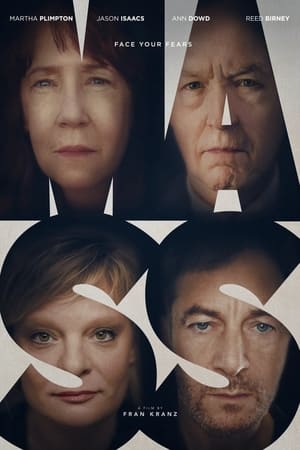 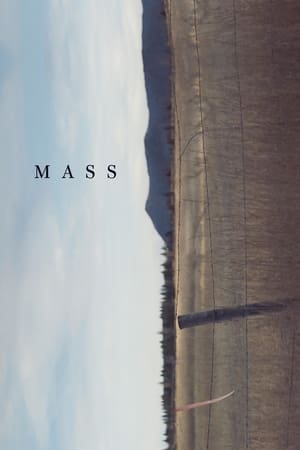 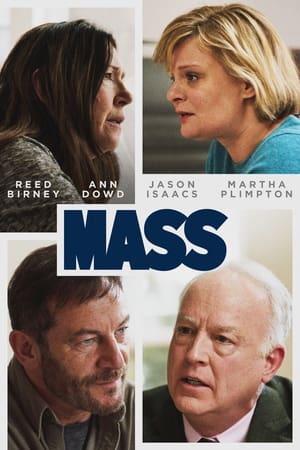 Walt Disney Animation Studios’ ENCANTO tells the tale of an extraordinary family, the Madrigals, who live hidden in the mountains of Colombia, in a magical ho...

Prisoners of the GhostlandAction & Adventure2021

In the treacherous frontier city of Samurai Town, a ruthless bank robber (Nicolas Cage) is sprung from jail by a wealthy warlord, The Governor (Bill Moseley), w...

From director Jason Reitman and producer Ivan Reitman, comes the next chapter in the original Ghostbusters universe. In Ghostbusters: Afterlife, when a single m...

Shang-Chi and the Legend of the Ten RingsAction & Adventure2021

Marvel Studios’ Shang-Chi and the Legend of the Ten Rings stars Simu Liu as Shang-Chi, who must face the past he thought he left behind and confront his fathe...

Action-packed horror comedy, BLOODSUCKING BASTARDS stars Fran Kranz as Evan Sanders, a low-level, dutiful employee stuck in a boring job at a soul-killing every corporation. Evan's the kind of guy who does all the work and gets none of the credit, but at least he gets to spend his days with his beautiful co-worker/girlfriend Amanda (Emma Fitzpatrick) and his slacker best friend Tim (Joey Kern), so he soldiers on in the hope of one day getting his coveted sales director position. Unfortunately, it all falls apart in one fell swoop when Amanda breaks up with him and Evan's boss Ted (Joel Murray) hands his promotion to his college nemesis Max (Pedro Pascal). And it isn't just their sordid past Evan has to deal with. After his fellow officemates start going through disturbing changes (which, paradoxically, make them better employees) and bodies begin to pile up, Evan learns the horrible truth - Max is a vampire. And even worse... a vamp with a plan. Bloodsucking Bastards takes audiences on a hilarious, blood-spattered roller coaster ride in the most terrifying locale of all - the American workplace. Evan must find a way to stop the evil brewing amidst the cubicles, expose Max as the bloodsucking bastard that he is, win back Amanda, and save his pals before his life and career go from dead-end... to just dead.

Gilby Smalls is having a meltdown. He's just been fired from his job, lost his apartment in a fire and his girlfriend gave him the boot. Forced to move in with his booze-swindling man-obsessed mother, he’s desperate to turn things around. Gilby weaves a web of lies; one bigger than the next and finds himself in too deep when the truth proves to be too much to admit and even harder to accept.

A young woman cycles through seven relationships, each one depicted in a distinct cinematic style. As she adapts all-too-seamlessly to the world of each new partner, she begins to ask herself the question: who am I when I'm not in love?

Joss Whedon's sexy and contemporary spin on Shakespeare's classic comedy about the story of sparring lovers Beatrice and Benedick - offering a sensual, dark and occasionally absurd view of the intricate game that is love.

A husband and wife are plunged into an epic struggle for dominance when their friendly game night escalates into cut-throat competition. Old grudges and hidden wounds rise to the surface, propelling them towards their final reckoning, for there can be only one. . . Lord of Catan.