Kelli and Judy return for season 12 with a new group of women competing to become a Dallas Cowboys Cheerleader.

Great show... more episodes???I love this show and that's why my rating is five stars, but why hasn't the 7th episode posted yet since it's already been 2 days since it originally aired? It's always disappointing when I purchase seasons of a show and the episodes don't post 24 hours after they originally air..Saralyons23Score: 5/5

Ripped Off. No episodes 1 & 3.I purchased a season pass yet there’s no episode 1 or 3. Where are they? Or will you credit me for the missing episodes that I paid for? Not cool Apple..Arry_Score: 1/5

My absolute favorite show in the entire world!I am OBSESSED with this show! My boyfriend thinks I am nuts. He doesn't get it. I own every episode of every season and watch it over and over. It never gets old. I'm a Texas girl, should've been a dancer in another life, what can I say?.MomentumconScore: 5/5

What is causing Season Pass episodes to be so LATE?Episode 7 aired on Thursday; it's Saturday, and it's still not available to download.....CubemissyScore: 4/5

Love this show!It's is awesome! It show the entire process of becoming a DCC. #teamkelly.Dannielle16Score: 5/5

The Show is Great; iTunes is AwfulEpisodes 1 and 3 are missing even though I purchased the season pass..Chained029.8Score: 1/5

Missing episodesI can’t download episodes 1 and 3. It says you need a Season Pass. I bought the Season Pass. Why buy a show if you can’t watch all the episodes?.RiorossScore: 3/5

Hundreds of beautiful and talented women converge on AT&T Stadium to start the hardest audition process in professional sports, trying out for a coveted spot on the most famous NFL cheerleading squad in the world, the Dallas Cowboys Cheerleaders.

With the field narrowed down to 119 women, the pressure is on. They must quickly learn a power pom routine and the famous kickline in order to perform it an hour later before the judges.

The veterans finally enter the audition process. Now all 83 women are judged head to head during a panel interview, a solo dance performance and on their appearance on the football field as seen and the big screen.

44 women begin the very first training camp at the new 1 billion dollar Cowboys' facility, The Star. First impressions count as the ladies try to "wow" Kelli and Judy with their talent. DCC alumni weigh in on the rookie candidates.

First the ladies need to have the "classic look" of a Dallas Cowboys Cheerleader. Kelli's hair and make-up transformations are legendary. The ladies are also assessed through a new state of the art fitness test, "Styku".

Personality is critical when representing the DCC brand. Kelli takes the women on location to see how they interact during a public appearance. Melissa Rycroft teaches an innovative showmanship workshop.

Katy Perry's choreographer, Nick Florez, stops by to offer some performance advice to the ladies. A day that each cheerleader never forgets. The first time they wear the DCC uniform to pose for their cameo photos.

The ladies learn the entrance to the famed pre-game dance. It's a make or break moment. If a woman can't learn it quickly it might be her last night. Country music star, RaeLynn stops by to offer some encouragement. One unlucky lady is sent home.

With two suspended vets, the team must re-block their formations for their Hall Of Fame performance. New vets step up as a new point of the triangle is named. The rookie candidates try to get their footing during this never seen before rehearsal.

23 veterans travel to Canton, Ohio to perform at Jerry Jones' induction to the Pro Football Hall of Fame. All eyes are watching as the DCC perform for the NFL elite.

Down to the Wire

As training camp winds down the pressure skyrockets. No one wants to be sent home now. The ladies start to crack under the pressure. Another one is sent home. Will this be the final cut?

Kelli announces the official squad and the women realize the hard fought dream of becoming a Dallas Cowboys Cheerleader. Full of excitement and nerves, the squad prepares for their very first football game at AT&T Stadium. 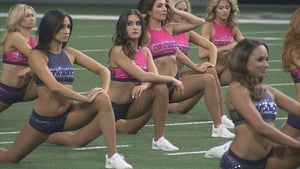 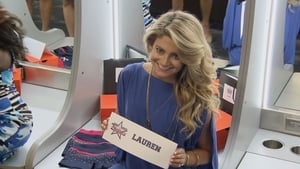 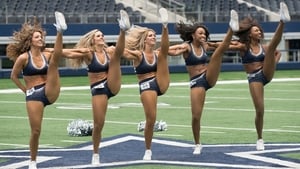 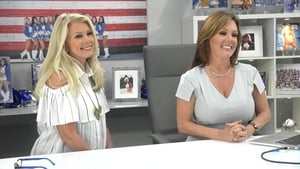 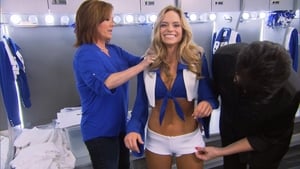 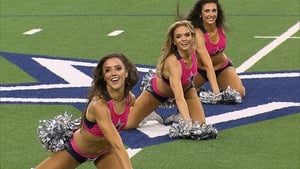 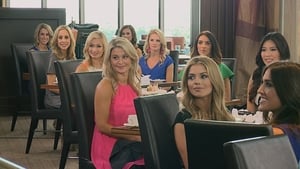 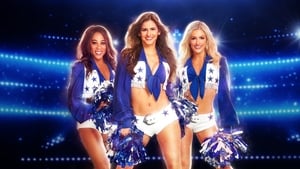 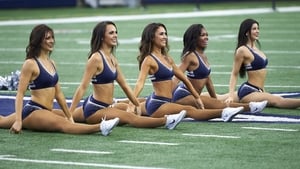 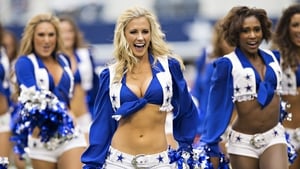 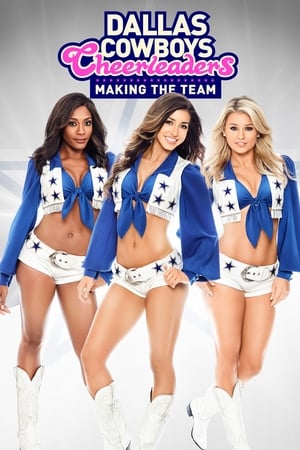 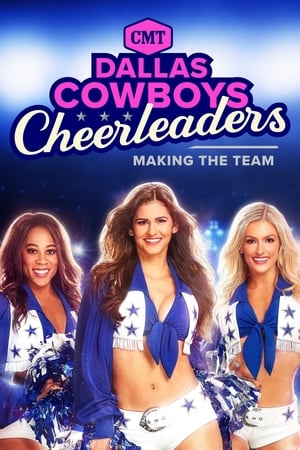 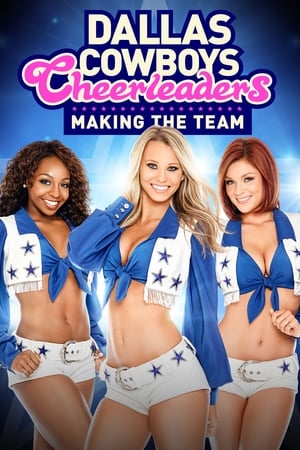 Here's everything we know so far about dallas cowboys cheerleaders: making the team, season 12...

How many episodes will be in dallas cowboys cheerleaders: making the team, season 12?
With the season now airing in August 2017. There will be 13 episodes in season 12.

Hundreds will audition but only 45 girls will secure a spot in the Dallas Cowboys Cheerleaders training camp. DCC director Kelli Finglass presides over the process with a keen eye for talent and beauty.

Last season's training camp took place in a COVID-19 bubble, so everything feels new this year as the hopefuls reach new heights, but no spot is guaranteed on a season filled with surprises.

Each summer, more than 1,000 hopefuls descend upon Texas Stadium with the same goal of becoming one of the few chosen to don the famous blue and white uniforms. Season 3 of Dallas Cowboys Cheerleaders: Making The Team captures the contenders from preliminary auditions, through training camp and tearful cuts, and shows how the cheerleading hopefuls must master the signature kick-line and intricate dance routines in order to advance. Kelli Finglass (director of the DCC), Jay Johnson (the hardcore fitness instructor), and Judy Trammell (team choreographer) don’t mince words as they test each individual for the physical and mental stamina required to make the team.

Professional cheerleading takes hard work, determination, and nerves of steel, as the new recruits quickly discover in the fourth season of CMT's Dallas Cowboys Cheerleaders: Making the Team. Hundreds of girls will fight to make the team this season, including a drag racer, a professional U.S. figure skater, a lawyer, and a reigning beauty queen. Only 36 cheerleaders will make the final cut to be part of the world-famous team, and the chance to cheer in the brand new Dallas Cowboys Stadium.

Kelli and Judy return for season 13 as 400 nervous and excited ladies flock to AT&T Stadium to try out for the best cheerleading squad in the world.

This is the inside story of selecting this year's Dallas Cowboys Cheerleaders squad with all the emotion and drama as hundreds of women hope to make the team. After the best rookies are chosen to join the returning veterans, we follow the girls beyond the first game.

Hundreds will audition but only 45 girls will secure a spot in the Dallas Cowboys Cheerleaders training camp. DCC director Kelli Finglass presides over the process with a keen eye for talent and beauty.

CMT kicks off its fall lineup with the eighth season of Dallas Cowboys Cheerleaders: Making the Team. The stakes are higher than ever, as the series will showcase the Lone Star State’s most iconic group of women taking on more challenging dance routines and facing incredibly talented candidates while navigating all the drama that comes with competition. Rookies have their work cut out for them as an unprecedented 32 veterans return, making this the most competitive season ever. Dallas Cowboys Cheerleaders Director Kelli McGonagill Finglass and Choreographer Judy Trammell return to make or break the dreams of these DCC hopefuls. The series follows the ladies throughout rigorous auditions, training camp, the powerhouse technical coaching of former DCC Kitty Carter, the demanding expectations of fitness trainer, Jay Johnson and rehearsals for the first performance at the enviable Cowboys Stadium.

Season ten brings everything you love -- girls reaching for their dreams and the emotional, drama-ridden journey to make them come true. The payoff is becoming part of the best team in the business -- the Dallas Cowboys Cheerleaders.

Five hundred candidates with dreams of making the 2011-2012 DCC team arrive before sunrise for the preliminaries including several familiar faces cut in training camp last year. For DCC Director Kelli McGonagill Finglass, DCC Choreographer Judy Trammell, and Executive VP Dallas Cowboys Charlotte Jones Anderson, these auditions are extremely important because they have an unprecedented number of slots to fill. Fifteen girls retired from last year's squad leaving only 18 DCC veterans committed to returning this year. After the grueling preliminary auditions, 122 young ladies are invited to compete at semifinals the following weekend. At semis, the candidates struggle to learn a powerful DCC dance routine and the signature DCC kick line routine. The auditions come to an end with 69 girls invited to Finals auditions - now they are one step closer to Dallas Cowboys Cheerleaders Training Camp.

CMT kicks off its cheerleading lineup with a two-hour season premiere of Dallas Cowboys Cheerleaders: Making the Team, now in its seventh season. The stakes are higher than ever, as series will showcase for the first time, the girls’ friendly rivalry to earn a coveted spot in the DCC swimsuit calendar. Veterans are on the line this season, as Dallas Cowboys Cheerleaders Director Kelli McGonagill Finglass, Choreographer Judy Trammell and Dallas Cowboys EVP Charlotte Jones select training camp candidates from among the most talented class of young ladies in years. The series follows DCC hopefuls throughout auditions and training camp, to their first performance at the world-famous Cowboys Stadium.

Kelli Finglass, the DCC director, has a mandate to have a squad of 36, making this a super competitive year. New to the mix of judges this year are two celebrities; former DCC and Dancing With The Stars winner, Melissa Rycroft and platinum selling country music recording artist Neil McCoy. With 55 high caliber new girls making it to finals, it’s intimidating for the 30 veterans as they must fight to keep their place on the team. Unfortunately for a few vets, it’s the end of the line. For the super talented 43 that make training camp, the exhilaration is short lived as the reality of the most demanding dance audition in professional sports becomes real. Season 9 brings everything you love; girls reaching for their dreams and the emotional, drama ridden journey to make them come true. The payoff is becoming part of the best team in the business, The Dallas Cowboys Cheerleaders.

After a family gathering, the Brown family has their first COVID exposure. A conversation with Kody is the last straw for Christine, and when he returns to her ...

Tired of being chased by an evil A.I. and her robo-soliders, Sara decides to create an aberration that will allow the Legends to take back the Evil Waverider. H...

As the unexpected arctic cold front and ice storm continues to cause havoc in Austin, Owen works to rescue the lives of the stranded migrants; T.K.'s life hangs...

Part 1 of the Season 14 Split Premiere. A new cast of queens, competing for $100,000, must show off their performance skills in a talent show. Superstar singer ...

While Jane investigates Maggie's kidnapping, she's shocked when she learns the truth and enlists her team and Whistler to prove her findings.