It’s pup, pup and away in these 8 high-flying PAW Patrol adventures. Take off in the Air Patroller to rescue Cap’n Turbot and Francois, soar in Skye’s Copter to save Farmer Al’s pig, zoom in a jetpack to keep Daring Danny X from a tightrope catastrophe and more! PAW Patrol, High Flying Rescues Wiki

Pups Save the Gliding Turbots / Pups Save a Plane
When Francois and Cap'n Turbot become stranded on a remote island, Ryder and the pups fly in to the rescue. It's a double daring mid-air rescue as Mayor Goodway's first flying lesson goes sideways.

Pups Save a City Kitty / Pups Save a Cloud Surfer
Cali gets lost in the woods. Daring Danny X's harness loosens while kite-surfing.

Pups Save a High Flying Skye / Pups Go for the Gold
A thunder storm causes a blackout in Adventure Bay. Afraid, Corny runs away from Farmer Al's Farm. Uncle Otis and his Golden Nugget are hurtling down Jake's Mountain in a runaway mine car!

What do you think PAW Patrol, High Flying Rescues tv serie? Can you share your thoughts with other peoples? 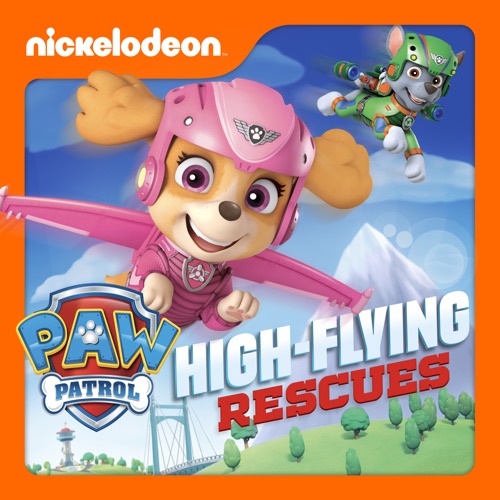