PAW Patrol is a CG action-adventure preschool series starring a pack of six heroic puppies led by a tech-savvy 10-year-old boy named Ryder. With a unique blend of problem-solving skills, cool vehicles and physical humor, PAW Patrol is sure to keep preschoolers engaged as they work together to protect Adventure Bay. PAW Patrol, Vol. 12 Wiki

Pups Save a Bat Family / Pups Save a Mud Monster
A rockslide traps a Bat Family inside their cave, so the PAW Patrol has to free them! The bats search for a new home leads to problems in town though! Snowboarders on Jake's Mountain are stuck on a broken chair lift while a monster is on the loose!

Pups Save a Freaky Pup-Day/Pups Save a Runaway Mayor
Chase and Chickaletta switch bodies and must learn to work together to return Cap'n Turbot's boat to the bay!Mayor Humdinger creates robotic pants to cheat at the Most Amazing Athlete Contest. They go haywire, so the pups have to save a runaway mayor!

Pups Save the Bears/Pups Save a Farmerless Farm
Bears are asleep all over town! The PAW Patrol must work quietly to save the bears and return them to their cave.With the farmers out of town, Mayor Goodway calls the PAW Patrol to wrangle the animals and control the chaos on the farmerless farm.

Pups Save the Squirrels/Pups Save a Roo
The PAW Patrol is on a roll when squirrels stash acorns in Alex's treehouse causing it to fall onto Daring Danny's skateboard!It's a switcheroo situation when a joey is separated from its mama. It's up to the pups to save a roo and the day!

Pups Save the Balloon Pups/Pups Save the Spider Spies
Giant balloons have floated away from a parade and it's up to the pups to save the pup balloons, the parade and Mayor Humdinger!The Turbot cousins try to spot a rare spider, but get stuck in its web. It's up to the PAW Patrol save the spider spies!

Pups Save a White Wolf/Pups Save a Wrong Way Explorer
After a sudden snow storm, Everest cares for a white wolf cub as they work together to help the PAW Patrol find them.Famous wrong-way explorer, Travelling Travis, accidentally takes Chickaletta to the North Pole where they run into... crocodiles?

Mighty Pups, Charged Up: Pups Versus the Copycat
The Mighty Pups get Charged Up to take on new super-baddie, The Copycat. It'll take all new powers and gear to take down their most formidable foe to date.

Pups Save a Humsquatch/Pups Save a Far Flung Flying Disc
Travelling Travis yelps for help when he finds a mysterious creature in trouble. The PAW Patrol heads to Foggy Bottom to save a Humsquatch!When a robo-toy causes mayhem, Ryder knows just who to call to save the far flung flying disc!

Pups Rescue a Rescuer/Pups Save the Phantom of the Frog Pond
Mayor Goodway tries to help the PAW Patrol rescue Danny, but the pups end up having to rescue the rescuer, too! A spooky sound forces frogs from their home. The pups must bring them home and solve the mystery of the frog pond phantom.

Pups Save a Tour Bus/Pups Save Midnight at the Museum
Mayor Humdinger's tour bus goes out of control when he tries to bring tourists to Foggy Bottom! PAW Patrol to the rescue! A fun museum sleepover is interrupted when Alex and the mini-patrol go missing, and Mayor Goodway gets stranded on a T-Rex!

Charged Up: Pups vs. a Copy Cat Marshall
It's up to 'Charged Up' Mighty Marshall to clear his name when Copy Cat steals Marshall's vehicle and impersonates him, melting everything in his path with his heat paw power!

Charged Up: Pups vs. the Teenybots
'Charged Up' Rubble goes wrecking-balling for Teenybots, when Copy Cat and Harold team up and lead a small army of minirobot minions in an invasion of Adventure Bay.

Charged Up: Pups vs. a Super Meow Meow
'Charged Up' Skye and Zuma square off against a cyclonic catastrophe-causing robo-kitty, when Harold reactivates 'Meow Meow,' super-powering-it-up with a meteor shard!

Charged Up: Pups vs. a Teleporting Copy Cat
When the Copy Cat copies Harold's robot's teleporting powers, it's up to 'Charged Up' Rocky and his X-Ray vision to find him and Chase's sonic bark to save the day!

Charged Up: Pups Save a Super-Powered Puplantis
When Harold's failed attempt to steal the meteor lands it in Puplantis, it's up to 'Charged Up' Zuma and Skye to get it back where it belongs before the super-powered pearls give away the secret of the Mer-pups!

What do you think PAW Patrol, Vol. 12 tv serie? Can you share your thoughts with other peoples?

Hey, gang, if you click on thumbnails, it gives you the preview. Play around with the Apple TV app; it works! I promise! This volume has a LOT of episodes. It introduces The Copy Cat, Tuck & Ella, the LadyBird, and several mighty pup episodes, several charged up episodes, and then a bunch of shorts at the end, all of which are 5 minute Mighty Pups Charged Up extras. The toy line was also fantastic, but my little one likes Volume 13’s dinosaur toys even more. Spin Masters’ toy lines, ever since Ultimate Rescue, has been increasingly more fantastic with each cycle.

Is there going to be an update or something? The whole reason for a season only purchase is that when you buy the whole season you expect to get the extra episodes at the end. Why are they only previews and not a 20+ minutes show like the rest???

Bringin sexy back - Only clips

We purchased the entire series. Not cheap. We got 30 second clips. Refund or fix please.

We purchased this ‘season’ and the episodes are only 30 second clips. We paid full price too. What gives? 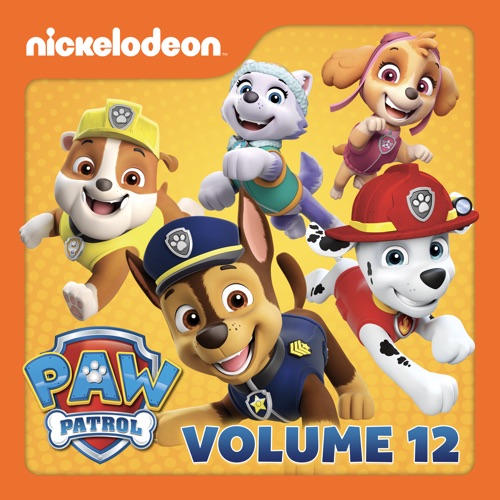