Get super with the Mighty Pups in these 6 all-new adventures—including 2 new pups! The Mighty Pups must join forces with Mighty Twins, Tuck and Ella, to defeat a mischievous super-thief and save Adventure Bay. Plus, see what happens when the meteor falls into the wrong paws! PAW Patrol, Mighty Pups: Super Paws Wiki

Pups Meet the Mighty Twins
Super-bandit Ladybird shrieks havoc in Adventure Bay taking all of the town's treasures – including Mayor Goodway! The Mighty Pups team up with new super pals The Mighty Twins to save the day – and the Mayor - in this super heroic adventure!

Pups and the Big Twin Trick / Pups Save the Mega Mayor
The Ladybird is up to her old tricks again, but this time the Mighty Twins have a super trick of their own!Mayor Humdinger finally gets super powers, and it's a total cat-astrophe! The Mighty Pups are summoned to save the Mega Mayor from himself.

What do you think PAW Patrol, Mighty Pups: Super Paws tv serie? Can you share your thoughts with other peoples?

Iz def on a roll

?I just paid for it but it is not letting me watch? 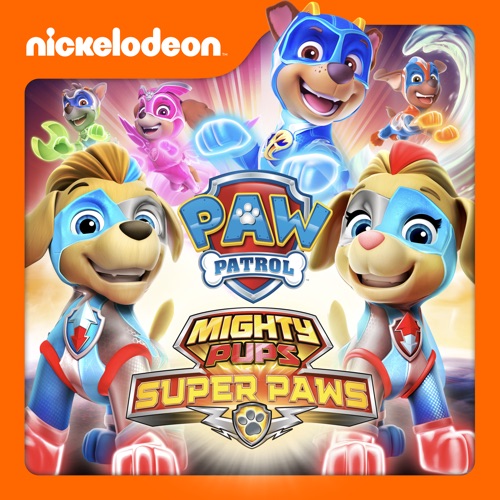