The Simple Life Goes to Camp Release Date and Synopsis

Paris and Nicole are reunited, and boy, does it feel good! Forget their infamous feud, these BFFs are back together, more fabulous than ever — and hitting the road for another hilarious season of The Simple Life! This time, the girls are becoming camp counselors — which means these pampered pals will eat like campers, sleep like campers, and yes, keep the same rigorous routine as campers. Each week, they'll be faced with new dilemmas at different camps. From sneaking treats from a padlocked fridge to feed hungry Wellness camp attendees to helping future beauty queens perfect their pageant craft to getting their booties kicked by a military man at Survival Camp, these girls will go farther than you ever thought to turn things upside down! After all, would you expect anything less?

R.I.P. The Simple LifeThis show was good all the way through the 5 seasons that aired. But it is clear that seasons 4 and 5 (which aired on E! after FOX decided not to renew after season 3) were heavily scripted. How convienient that Paris and Nicole had a confrontation in the season 4 finale. Plus the in the finale Paris has her blue jacket coat off and in the season 5 premeire it is right back on. I know that seasons 1-3 were very well done and if they were scripted I couldn't tell. They were planning on doing Season 6 after Paris got out of jail and before Nicole got too pregnant to fly to another country. I thing E! should have ordered a season 6. If paris and Nicole didn't wanna do another season they should have got another pair of celebrities. I think Kim Kardashian would be a good pick and maybe Lindsay Lohan. I would watch them if E! took it back to the format of it being real work and not some half real half scripted show. but it will never happen..Dylan HenningScore: 3/5

FUNNYYYOMG!!! I am like in LOVE with Paris and Nicole! The last season was terrible since they weren't together. This one was way better, and I can't wait to buy the season on DVD. I hope they make another season because Paris and Nicole really make me laugh! They probably won't because Nicole is having her baby:[..JBDOG911Score: 5/5

Where is interns???I love the simple life and this season is very funny like the first three seasons, but where is the 3rd season?!?!?!? interns was sooo funny...anyways i recomend this season its funny!.Willguy303Score: 4/5

This show rules allI think the simple life rules ive been downloading evry season there is on itunes i hope the simple life is on 4 the next 10 years.R.j. loves paris012396Score: 5/5

Sa Sa Sa SaI have loved and watched the simple lifes from the very first episode to the last =[ and i am very sad it is over but i must say in this season it seemed a little fake to me and really fake sometimes but i still love paris and nicole!.Margie_pargieScore: 3/5

Its Simple that I love it!I LOVE te simple life. Its is the most addicive show on tv and one af my favorites. I watch the simple life whenever it comes on and i seriously screamed when I saw season 5 is here! I love paris and nicole! Not to mention the hottie Hunter!.KulgalrokerScore: 5/5

This show is grrreat!The best show on tv! I always miss it on tv but now i wont have to! This show is hilarious and Nicole is fine!.JM-312Score: 5/5

Horrible!Do not buy this program it only downloaded eight of the ten episodes and I was mad. The itunes store only gave one for free I had to buy the two over again..TSchubert1Score: 1/5

The Simple Life is an American reality television series. The series aired from December 2, 2003 to August 5, 2007. The first three seasons aired on Fox, and the final two on E!. The series depicts two wealthy socialites, Paris Hilton and Nicole Richie, as they struggle to do manual, low-paying jobs such as cleaning rooms, farm work, serving meals in fast-food restaurants and working as camp counselors.

Paris and Nicole reconcile, train to be camp counselors and help teach overweight campers about wellness. They confiscate junk food and administer enemas, but get in trouble trying to sneak food for the campers. Hunter seems interested in Paris.

Paris and Nicole's female campers compete against Hunter and Matthew's male campers to see who can lose the most weight at wellness camp. When Nicole tells Hunter that Paris likes a man's man, he goes overboard to impress Paris.

Paris and Nicole help train five young pageant competitors, but when they try to make sure the little girls have fun at camp, too, the pageant moms are unhappy. Paris asks Nicole to tell Hunter she's not interested and Hunter is crushed.

Paris and Nicole turn pageant camp upside down when they make the moms compete in a pageant instead of their little girls.

Paris and Nicole help counsel five couples with big relationship problems and Kathy Hilton visits Camp Shawnee. When Hunter tells Nicole he won't change to make Paris like him, Paris gets interested - but Hunter may have found a new love interest.

Paris and Nicole help one couple overcome a commitment issue and get Jenna Jameson to officiate a love ceremony for all of the couples campers. When someone pulls pranks on Paris and Nicole, the girls vow revenge. Paris gives Hunter the cold shoulder.

Paris and Nicole gut fish and eat bugs and worms as they help an extreme camp specialist train city slickers in wilderness survival, but one camper goes home early. When another woman makes a play for Hunter, Paris kicks her out of camp and gets closer with Hunter.

On an overnight hiking trip, Paris, Nicole and a camper get separated from the main group and are lost in the woods. When their rescue helicopter can't land, Paris and Nicole take a daring ride to safety.

Paris and Nicole help Sally Kirkland train ten budding thespians in improv, stunts and love scenes but when they deviate from the plan, Sally goes ballistic. Paris takes Hunter to see her model in a fashion show and they each think about finally getting together. 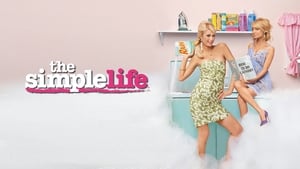 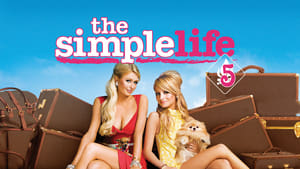 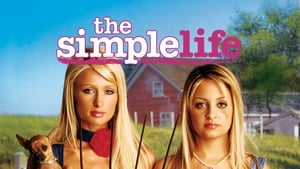 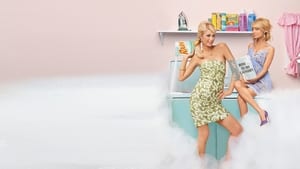 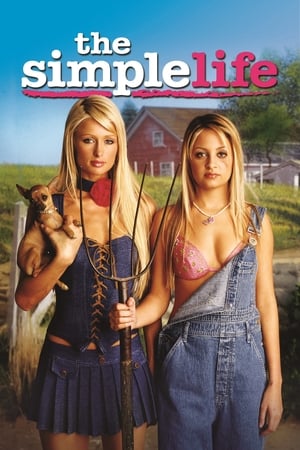 Here's everything we know so far about the simple life goes to camp...

How many episodes will be in the simple life goes to camp?
With the season now airing in May 2007. There will be 10 episodes in season mp.

The Simple Life Other Seasons

Paris Hilton's and Nicole Richie's worlds are about to be turned upside down. With their credit cards, chauffeurs, and mansions taken away, the girls are off to live, work, and learn from the Ledding family — on their farm! They get a down-home education when they put in time at a dairy farm, punch the clock at a gas station-food mart (and bait shop), and really get to know the locals. Relive classic moments such as when the girls tested cows for pregnancy, Paris solved her own personal mystery about Wal-Mart, and Nicole had a barroom meltdown over a missing purse. Pack your bags and join the celebrities for the reality adventure that started it all. After all, the first time is always the best.

This season, celebutantes and best friends Paris Hilton and Nicole Richie pack up their Louis Vuitton bags . . . again. Only this time, it's for the ultimate cross-country road trip!

Hide your husbands and lock up the kids, there's a new season of The Simple Life! Paris and Nicole may not be the best of friends anymore, but that won't stop them from making friends with a series of new host families. This time, the girls are taking over for the mothers of various households. They're faced with rambunctious kids and even more rambunctious dads, and are dealing with new cultural, religious, and family dynamics. From wearing fat suits and filling in as pregnant moms to bringing their fun-loving attitudes to a traditional Pakistani family, the girls tackle any and all issues in their own way. Of course, that usually leads to finding a partner in crime (those kids are so willing!) and drumming up a little drama. You'll never believe what the actual moms have to say about their stand-ins when they see what's going on.

THE SIMPLE LIFE 3: Interns follows celebutantes Paris Hilton and Nicole Richie as they pack-up their Louis Vuitton bags and board a Greyhound Bus to tour the country and take on an assortment of odd jobs.

Catherine faces audits for several of her foundation hospitals; Addison returns to Grey Sloan; tensions rise between Meredith and Richard; Owen goes back to wor...

After Dorit survives a harrowing robbery at home, Kyle brings the ladies together to rally around their friend.

Kobe and Emily argue over her breastfeeding habits in front of her parents. Bilal introduces Shaeeda to his kids. Thais lies to her dad and travels to America. ...

McCal, Mel and Harry take a leap of faith when they help a self-proclaimed psychic, Julien, find his missing sister who he says is in imminent danger, according...