Come fetch 20 PAWsome rescues with the pups of PAW Patrol! Dive down to a sunken ship as the team transforms into Mer-pups for an undersea rescue, learn the ancient art of Pup-Fu, save a fireworks celebration, kittens, elephants, and more! PAW Patrol, Vol. 4 Wiki

Pups' Adventures in Babysitting / Pups Save the Fireworks
Mayor Goodway calls on the Paw Patrol to rescue her twin neice and nephew from a tree, and then twin sit for the day!Expecting the fireworks for Adventure Bay Day, Mayor Goodway receives a package of piglets after a mix-up!

Pups Save an Elephant Family / Pups and the Mischievous Kittens
The Pups are traveling to the Savana when they meet a lost baby elephant - Gilda. The PAW Patrol must help get her family back together!The Kitten Catastrophe Crew arrives in Adventure Bay and makes a mess! Pups to the rescue!

Pups Save a Mer-Pup
When the Pups and Cap'n Turbot camp out under the very rare Magical Mer Moon, magical things begin to happen. Lured by the mystical Mer-Pup song, the PAW Patrol is transformed into Mer -Pups themselves!

Pups Save a Sniffle/Pups and the Ghost Cabin
A sick day for the PAW Patrol? While Rubble and Ryder search for Farmer Al's runaway pigs, Marshall cares for his sniffly pup pals!First Rubble's lunch disappears, then Jake's lunchbox walks away! Could it be a... ghost?!

Pups Save an Adventure/Pups Save a Surprise
Alex is working towards getting his Action Scouts Fire Safety Badge, and who better to help him than Marshall and the Paw Patrol!After a day of rescue, the pups notice that City Hall has been decorated for a big celebration.

Pups Save the Mayor's Race/Pups Save an Outlaw's Loot
It's the annual Mayor's Race! Mayor Goodway is determined to give it her best. / Ryder helps Mayor Goodway sort through the old cabin of Outlaw Wild Wilbur when they come across a map for his buried treasure.

Pups Save Walinda/Pups Save a Big Bone
Skye and Marshall help Cap'n Turbot plan a special celebration for Wally the Walrus, but Wally is a no-show. Cap'n Turbot and his cousin Francois are in the middle of an archeological dig when the cliff they are on collapses all around them.

Pups Save a Floundering Francois/Pups Save the Pop-Up Penguins
Cap'n Turbot and his cousin Francois are whale watching when the Flounder hits a rock and starts to sink! This rescue needs all paws on deck.Stowaway penguins have scattered around Adventure Bay! Time to call the PAW Patrol!

Pups Save a Pizza/Pups Save Skye
Alex and Mr. Porter are delivering pizza dough for a big party when the van spins out of control. Pups to the rescue!Skye is on her way to Jake's Mountain when she crash lands in the snow. Ryder calls Everest to save the day!

Pups Save the Woof and Roll Show/Pups Save an Eagle
When a big pop star comes to town, a storm blows the whole town apart, including the stage! Can the PAW Patrol save the day?While out in the woods, the pups rescue an eagle caught in twine and tied to her own nest.

Pups Bark with Dinosaurs
The Paw Patrol is on an excavation dig when they unearth three fossilized eggs. Suddenly the eggs start to hatch, and there are three baby pterodactyls running around Adventure Bay! It's up to the PAW Patrol to catch the dinos!

Pup-Fu!
The pups are learning the ancient art of Pup-Fu! They'll need it to get back Sensei Farmer Yumi's ancient martial arts scroll, after Mayor Humdinger's Kit-tastrophe Crew use their Cat-Jitsu skills to steal it!

Pups Find a Genie/Pups Save a Tightrope Walker
Rubble finds an old brass Jack in the Box with a Genie inside who grants him three wishes!/Francois Turbot is delighting all of Adventure Bay by bravely walking a tightrope.

What do you think PAW Patrol, Vol. 4 tv serie? Can you share your thoughts with other peoples?

My daughter loves the show, but $30 for a season is too much. Drop the price and I'll buy. No way will I spend $30 each season.

Lboy200 - Loving every second of it

I'm like 12,and i love the show , and Im not even feeling sorry about it , but agree with that rabbit lover guy , you guys should make some episodes were Ryder meets all the other pups. That would be Awesome! Thanks.

Very good episodes. My cousin just loves them. I watch with him the episode pups save sky and was great! When will new episodes be on iTunes after the air date has made?

Me lov this show me lik it allot

Can you gouts make more paw Patrol where rider meet rest of the pups he already did rubble. Now how about rocky,chase,sky,Marshall Zuma too I'm waiting for new episodes and new pup songs for pups to bark too haha also can you make more episodes with everest snow pup also may be one more pup can join paw patrol may be a girl cause came on you got 5 boys 2 girls this last has to make choices to be true team member or to be bad pup may you can call her Kim or marry or boy he can be called if you want how about max or jack or spike. Maybe also you make final show rider and pups everyone paw patrol say why and how they wanted too become member and why they wanted to stay and of course finding there special talent

Andrew Kennerly - Why does the Season Pass cost more

Why does the Season Pass cost more than the total sum of all the individual show? Kids loves the show but the iTunes Store pricing doesn’t make any sense.

Lasffdfcffdggdfg - Watch this show it's awesome even for older kids 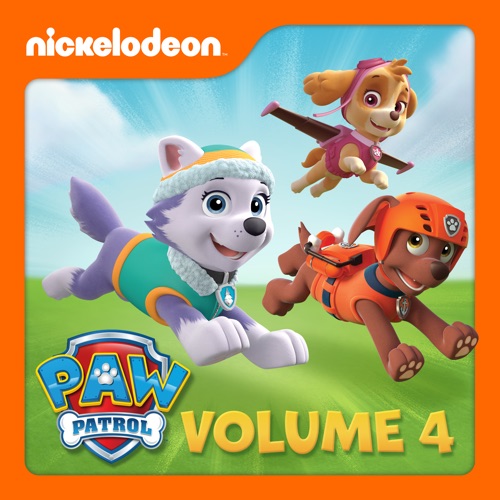