Mitch and Sam have to come up with $50,000 and fast! The only problem is neither one can hold down a job. Mitch finds a way to money by exploiting the only talents the two have, by opening a "Revenge For Hire" business.

Unemployed and recently dumped, Mitch and his buddy Sam start a revenge-for-hire business to raise the $50,000 that Sam's father needs to get a heart transplant. The dirty duo brings down a movie theater manager and hires hookers to pose as dead bodies during a live TV ad. When a wealthy developer hires the guys to trash a building (so that he can have it condemned), problems arise and a feud ensues.

Lange at his best..!Artie Lange is a comedy genius,,, wish i'd see him in more movies !.Amirtal33Score: 5/5

Mmm....I don't get it, who the heck do the critics of rotten tomatoes think they are? they're just stupid lazy people who's job is to watch movies and they think that they're some sort of royal being talking crap of every movie they watch as if they can do a better job. Just because you didnt like a movie doesnt make it bad, it means you just didnt like it (mainly cus they're stupid) Dirty work is a classic comedy, it's always fun to watch, it's bright and every scene is hilarious..TheJorgeLaraScore: 5/5

Love itNorm is always funny, no matter if he can act or not. I enjoyed watching this movie. Resembles how NBC screwed him over, but still prevailed to be one of the best comedians today..Nardi9Score: 5/5

Hilarious!Norm McDonald is hilarious as always in this very underated comedy that never gets old. Directed by the infamous Bob Saget and features some amazing cameos by Chevy Chase and Don Rickles..TurboPrimeScore: 5/5

Dirty WorkEntertaining but pretty basic. Worth the rental fee, but I wouldn't buy it..Mr. Cooper's reviewScore: 3/5

The BestThis is the funniest movie ever filmed. G7!.BsebbsScore: 5/5

"he was suppose to keep driving"This is one of my favorite comedies. There are more than a few scenes that had me rolling on the floor laughing..Clover904Score: 5/5

RIDICULOUSYou guys gotta lot of growing up to do. Ridiculous! Such an underrated comedy..AD3-DCPScore: 5/5

Want revenge? Hire these guys.A must see hi-larious comedy about two guys who open up a revenge for hire business to raise money for heart surgery. It is a movie that is seldom reconized or appreciated now a days but needs to have it's day..Datsotfoplorts3onScore: 3/5

Drippy WorkEven if it were free it would still be over-priced. The basic idea could have been hilarious...if there had been a director, some actors, and at least a halfwit-screenwriter..PtukScore: 1/5

GreatFunny. The idea is simple and the acting is also wich makes that movie a simple movie! I feel like I won 1hour of liberty! There is so many of these dirty jobs out there! Enjoy!.JFCproductionsScore: 4/5

The most under-rated comedy film ever?This film is amazing. Every line is a gem. Don't think too hard about it, just relax. This is in the top 5 greatest comedies of all time. I cannot recommend it highly enough..Michael IbbitsonScore: 5/5

Looks good but it does not play!I rented this film and when it finished downloading it did not play!.FdrjdtrScore: 1/5

It's really funnyIf you like Adam sandler films u will like this it's got a good story line and is funny 🙂.Filmy mc filmScore: 5/5 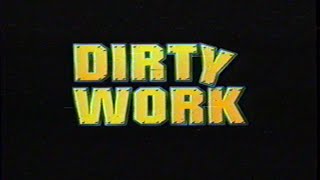 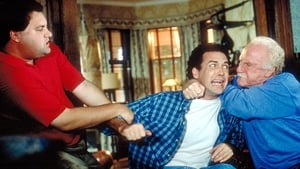 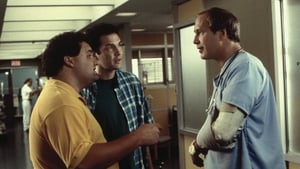 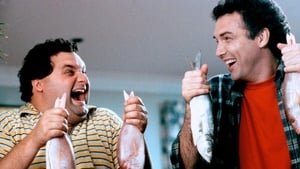 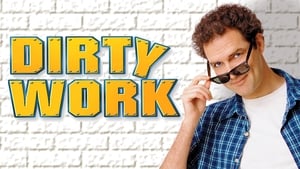 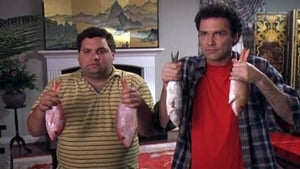 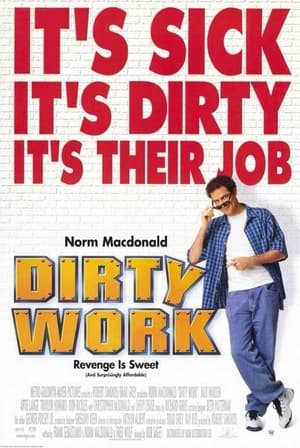 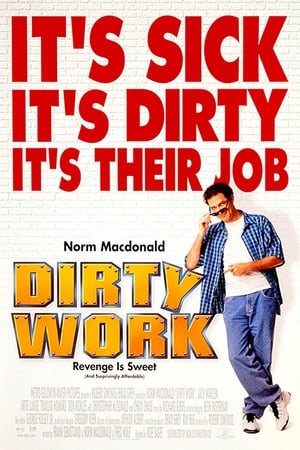 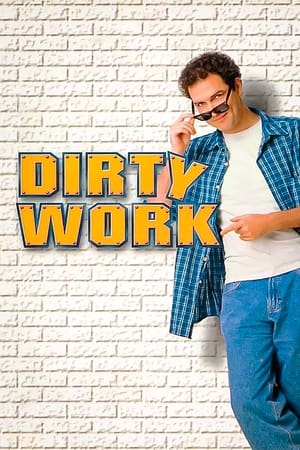 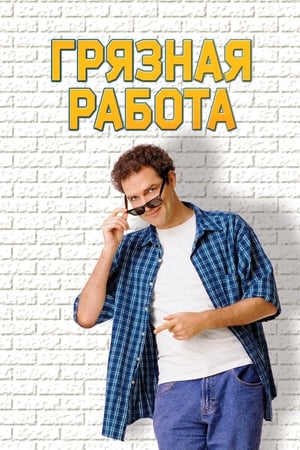 Are all comedians miserable? Kevin Pollak sits down with some of the most successful comics working today, including Tom Hanks, Jimmy Fallon, Amy Schumer and Judd Apatow, to learn about what drives comedians to be funny.

Cedric the Entertainer, one of the Original Kings of Comedy known for his roles in Ice Age, Barbershop and Welcome Home Roscoe Jenkins, commands the stage as he hosts the All Star Comedy Jam. Cedric delivers on stage and has handpicked some of the industry's most talented and sought after comedians, Kevin Hart, Tommy Davidson, Aries Spears and DeRay Davis, to follow his act. No topic is off limits with these comedians, everything from politics and religion to current events, and even a few jabs are thrown at the host, NBA legend Shaquille O'Neal. Filmed in front of a live audience during All-Star Weekend in Phoenix, AZ, these comedians are sure to deliver non-stop laughs in this energetic and memorable night of comedy.

A close-knit group of gay friends share the emotional roller coaster of life, relationships, the death of friends, new beginnings, jealousy, fatherhood and professional success. At various stages of life's disarray, these young men share humorous and tragic relationships and always have each other to rely on.

The King of ComedyComedy1983

Wyatt Cenac is a comedy person. That means he tells jokes in exchange for laughs. He's won fancy TV awards doing comedy person things as a writer and performer on "The Daily Show with Jon Stewart." On one particular night he personed comedy in front of a live audience in New York City and filmed the whole thing. He did this for you. It would be a shame if you didn't buy this stand-up special right now. Or steal it. But it's probably better for everybody if you bought it.

Patton Oswalt is back with his Comedy Central stand-up special "Tragedy Plus Comedy Equals Time." Performing for a full house at Spreckels Theatre in San Diego, Patton covers the trials and tribulations of frozen food, a failed outing with a prostitute, fatherhood and beyond. This extended and uncensored special is surely Patton at his best.

In this uplifitng documentary, stars and musicians from across the industry speak to the power and importance of music in society. Here we examine how close we came to not having many of the incredible artists who we cherish today had it not been for arts programs. Music has the power to inspire and change world, and that starts with our supporting young talent.

A dysfunctional family coming together for an intervention on behalf of their youngest member, fifteen-year old, Benjamin. When the unlikely group assembles for one night, via a Facebook Event Invite, the adults on hand begin launching into their own problems while all but ignoring the one person who they came there to help. Through the unlikeliest of methods this initially fractured tribe of individuals finds solace and healing together— but not before turning their emotional guns on each other.

Sammy Lagucci is a lovable loser who just wants to do right by his daughter. When he finds out the gangsters he runs with are planning to take him out, he enters the Witness Protection program to protect himself and his family. Going from The Big Apple to a small town in Wisconsin gets him down at first, but on a dare he does an impromptu stand-up comedy routine and finds he has a knack for it. His act goes viral, and what should be a blessing turns into a curse when his newfound fame gets the attention of the mob.

I Am Sam Kinison is a feature-length documentary exploring the life and legacy of shock comic Sam Kinison, a former Pentecostal preacher turned stand-up comic who repurposed his pulpit-honed chops to the brazen rock ’n’ roll world of MTV-era comedy. Following a steep trajectory to fame, excess, despair and near-redemption, Sam died suddenly after he was struck by a drunk driver in 1992. Using extensive clips from his comedy specials that cover some of his favorite topics including marriage, women, homosexuality, God, religion and world hunger, Sam tells much of his story himself. Added perspective is provided by a dynamic cast of friends, family, fellow comics and celebrity party-mates, augmented by animated sequences that add color to energetic and often hilarious interviews.Key interviews include the inspired storytelling of Charlie Sheen, Jay Leno, Bill Burr, Ted Nugent, Joe Rogan, Corey Feldman, Bob Saget, Tommy Chong, porn star Ron Jeremy, and others.After suffering a childhood brain injury, failing as a Pentecostal preacher and enduring a humiliating marriage, Sam finally found his true voice and calling after stepping onto a comedy club stage in Houston, but it took years of struggle before mainstream audiences were ready to hear his message. Sam never lost his faith in God and his raucous story is replete with biblical themes fueled by sex, drugs and rock ‘n roll.I Am Sam Kinison shocks, schticks and screams its way through a life and a wild career that shattered the status quo and changed comedy forever.

Network-safe funnyman Bob Saget transforms himself into a spectacularly foul-mouthed explainer and raconteur in this live stage show from Seattle.

Father and ScoutMade for TV2012

Bob Saget stars as a neurotic, overbearing dad — the epitome of an 8-year-old boy's nightmare — as the two go on a father-son camping trip in this heartwarming family comedy.

GOTHAM COMEDY LIVE, filmed live from the famed Gotham Comedy Club, features top comics on the circuit today as hosts and some of the best newcomers in the business.

The "Full House" star and "America's Funniest Home Videos" host gets raked over the coals by his former co-star John Stamos and a dais of people he thought were his friends.

A new season brings a while new set of challenges for Yukino, Yui and Hachiman. As the Service Club steps back into high gear, the club returns to their mission of helping the student body with their problems. What awaits the three friends this coming year? Find out in My Teen Romantic Comedy SNAFU, TOO!

From deep within the comedy archives of the 90s, comes a show not for the easily offended - Full Frontal Comedy! Hosted by Dom Irerra and featuring a number of comedians who have gone on to have great careers!

In each episode hosted by Damien Lemon, comedians throw roast-like, rapid-fire jabs at each other to knock their opponents off balance. Each show ends with one comedian crowned Champion, one eliminated, and one ultimately forced to face the crowd and apologize for going down in shameful defeat.