The second season finds our team wrestling with the fallout of the deadly blaze. The life of their former captain, Pruitt, hangs in the balance after major health complications. No longer a rookie, Ben searches for his place on the team. Maya, Vic, and Dean are tested beyond their limits. And if all that wasn’t enough for Andy, her complicated relationship with police officer Ryan grows even more complex as his path intersects with the station’s. Station 19, Season 2 Wiki

No Recovery
Lives hang in the balance as the members of Station 19 continue to fight a raging inferno inside a skyscraper. Meanwhile, Pruitt's health is in grave danger at Grey Sloan; and a seasoned firefighter with a mysterious past arrives at Station 19.

Under The Surface
A young boy falls into water pipes beneath the city of Seattle. With the clock ticking, the firefighters of Station 19 jump into action to save his life.

Home To Hold Onto
Station 19 investigates a call from concerned neighbors regarding a resident in their apartment building. Meanwhile, in an effort to create a solid working relationship between the fire and police departments, Ryan takes an unlikely member of the team on a ride-along.

Lost And Found
Everyone is less than enthusiastic when Sullivan assigns each member of the crew a specialty skill to learn. During a house call, Ryan is caught off guard when he comes face-to-face with someone from his past; and Sullivan, Andy and Maya handle a structure fire in a derelict building.

Do a Little Harm…
Captain Sullivan continues his efforts to bring together the fire and police departments by hosting a training seminar. Meanwhile, Ben and Miranda have an honest conversation about their marriage, leading Miranda to make a tough decision about their future.

Last Day On Earth
As Ryan agrees to talk it out with his dad, Greg Tanner makes an unexpected visit to Station 19, leaving Ryan and others confused. In an effort to connect with his crew, Captain Sullivan enlists the help of an unlikely source for some bonding tips .

Weather the Storm
As the team gathers for a Friendsgiving celebration at Dean's, a violent windstorm touches down in Seattle. As the storm picks up speed, creating dangerous fire conditions, the crew must put the festivities on hold and report for duty, leaving some of them in a life-threatening situation.

Crash and Burn
In the aftermath of the windstorm, Andy and Sullivan's fates remain unknown while trapped in an overturned car; the team confronts Jack about his well-being; the firefighters race against time to find their teammates.

I Fought the Law
Andy, Maya and Dean respond to a call and find an injured woman who has amnesia; Capt. Sullivan takes Ben and Jack on a house call that quickly becomes a close call for the patient they're treating; Ryan may not have seen the last of his father.

Crazy Train
Jack and Maya are called to treat people in a subway train and discover a potential threat; Travis, Ben and Dean get pressured into inviting Sullivan to help repaint walls in Travis' house and come to a surprising conclusion about Sullivan.

Baby Boom
When an RV crashes into Station 19, the team races against the clock to save lives and secure the building's compromised structure; a surprise delivery arrives at reception.

When It Rains, It Pours!
While struggling to help victims of a crash on a desolate road, Vic finds the courage to confront a difficult situation; Ben prepares to go out for Medic One; Pruitt spends time with a special someone.

The Dark Night
A blackout in Seattle creates dangerous situations throughout the city, and the members of Station 19 head out on calls, including locating a missing girl and helping a man who is on life support.

Friendly Fire
Station 19 gets called to a structure fire at a coffee processing plant; Ripley and Vic consider a shocking option to save their relationship; Andy gets some surprising news about some of her fellow crew members; Pruitt takes on a new position.

Always Ready
Following a deadly blaze inside a coffee beanery, the members of Station 19 find themselves on high alert as one of their team lands at Grey Sloan, leaving the future uncertain in the face of a life-threatening situation.

For Whom The Bell Tolls
The crew gathers to face the outcome of a life-threatening situation; Andy and Ben respond to a man impaled by a chandelier; Station 19 is called upon to organize shipments of supplies and assist with wildfires in Los Angeles.

Into the Wildfire
The team packs its gear and heads to Los Angeles to help battle a deadly wildfire that is raging out of control; Andy and Sullivan continue to explore their attraction to each other.

A Look Back At Station 19
The second season of “Station 19” finds our team wrestling with the fallout of the deadly blaze. The life of their former captain, Pruitt (Miguel Sandoval), hangs in the balance. Andy’s (Jaina Lee Ortiz) complicated relationship with police officer Ryan (Alberto Frezza) grows even more complex. No longer a rookie, Ben (Jason George) searches for his place on the team. And Maya (Danielle Savre), Vic (Barrett Doss), and Dean (Okieriete Onaodowan) are tested beyond their limits.

What do you think Station 19, Season 2 tv serie? Can you share your thoughts with other peoples?

I LOVE THIS SHOW. BUT I BUY AN EPISODE AND I WANT ITUNES TO KNOW THAT I COULD NOT ENJOY IT, SINCE EVERY SECOND A VISUAL CAME OUT OF ONE OF THE CHARACTERS AND THAT DIDNT ALLOW ME TO SEE THE SCENE. NEEDLESS TO SAY, IM DESAPPOINTED TO HAVE MADE THE DECISION TO OPAY TO SEE SOMETHING THAT I COULDNT ENJOY AS EXPECTED.

I love this show it changed me life

I wasn’t sure about this show at the beginning but now I absolutely love it. I think it is very clever and fun to have it cross over with greys anatomy from time to time. The characters are great and each have their own story making it interesting all around!

Me getting mentally prepared to watch Season 2 Ep. 15 of Station 19

Is this the most heartbreaking scene from #Station19? 🔥 Watch the season 1 finale and jump straight into season 2 o…

Season 2 Episode 9 it rains for the first time in Station 19...you know the show based in Seattle... 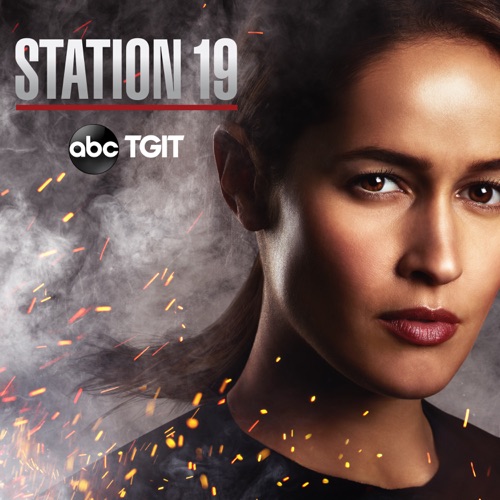