The Kid Summary and Synopsis

In this thrilling Western, a young boy, Rio (Jake Schur), is forced to go on the run across the American Southwest in a desperate attempt to save his sister (Leila George) from his villainous uncle (Chris Pratt). Along the way, he encounters Sheriff Pat Garrett (Ethan Hawke), on the hunt for the infamous outlaw Billy the Kid (Dane DeHaan). Rio finds himself increasingly entwined in the lives of these two legendary figures as the cat and mouse game of Billy the Kid’s final year of life plays out. Ultimately Rio is forced to choose which type of man he is going to become, the outlaw or the man of valor, and will use this self-realization in a final act to save his family. A tramp cares for a boy after he's abandoned as a newborn by his mother. Later the mother has a change of heart and aches to be reunited with her son. The Kid Wiki

greggeezy - had lots of potential

Just wasnt impressed with the movie.

Just a fair warning. The story is horribly chopped up and you watch all the best parts in the trailer.

this was a waist of money on production and scenography , the script is boring , extremely boring , the film is extremely slow and pointless , there is nothing you can take from it , I was expecting something more , but the trailer looks better than the film , highly recommend not to see it

Acting was bad. Story line was boring and predictable. Save your money. Not missing out on anything here. Very disappointed.

zidane2015 - Gorgeous and a decent version of the myth

D'Onofrio has made a stunningly beautiful and solid western retelling of Billy the Kid. While the story is familiar, the angle, as seen through the eyes of a boy, is a refershing take, and the actors all show up with a purpose. It's a shame the media don't know a decent western when they see one, but no real surprise these days. Give it a try if you're a fan of the genre.

It was okay but not as good as I hoped. I would recommend watching when it’s free on tv

Not much character development. I almost turned it off after 45m. Watch it if your extremely bored.

It was mildly entertaining if that. This film is evidence that Hollywood is dead. I would rather watch Tombstone from 1993 than this movie.

Manuelmaster - Not bad at all.

The movie is watchable. Good acting. Historically not very accurate but still I did enjoy it.

TWF_KY - One of the Best Westerns I’ve Seen

Ethan Hawke deserves an Oscar & a Golden Globe for his portrayal of Pat Garrett. Vincent D’Onofrio deserves an Oscar & Golden Globe for directing this terrific western. I hope to see more westerns from D’Onofrio & Hawke. Ethan Hawke is the modern day version of John Wayne in my opinion. I’m not saying they act the same ways or resemble each other, but that in the 50’s, 60’s & 70’s the man for the lead role in a Western was John Wayne, today the best person for a lead role in a western is hands down, Ethan Hawke.

Torvic49er - Was so worth a Friday night watch!

Good story with top notch actors. Made for a great Friday night.

I appreciated the movie. It hit the heart. Really well put together 👍

“Young guns” all the way. It’s can’t be too. I would have watched it if Pratt played the kid.

Watched this movie last night. I couldn’t wait to watch it , but it was a let down. Worth watching once, but watch Young Guns instead.

@CrypticNoOne: The "I got God and anime on my side" kid grew up and became lightskin

@SerieTV46 98% of all YG idol solo debuts happen AFTER they debut with their group. It's rare to solo debut before…

@aIwaysIths: Austin Police shot this kid and then told protestors to bring his body to them if they wanted medical help. Then they shot…

@Pastor__West: The next doors opening up will put you in a position where you won't have to borrow, beg or struggle for anything!

@MNPDNashville Cute kid, May the Lord bless and protect him. and may the Lord help the officers to serve justice wi…

@BeingTheShakti The one stubborn kid 😅😅

@aIwaysIths: Austin Police shot this kid and then told protestors to bring his body to them if they wanted medical help. Then they shot…

@BTStranslation_: MAP OF THE SOUL: THE JOURNEY SPECIAL VIDEO TH: At first, I saw JM through the audition video. The member who was with…

@DevinHarkins: @MrAndyNgo @Cernovich A 14 year old Antifa member kicking a man's teeth out and enjoying it won't get an ounce of mainstr…

@TheCompanyMan: I was a kid when I remember Tupac saying this in an interview. It made sense to me when I was in elementary school. It… 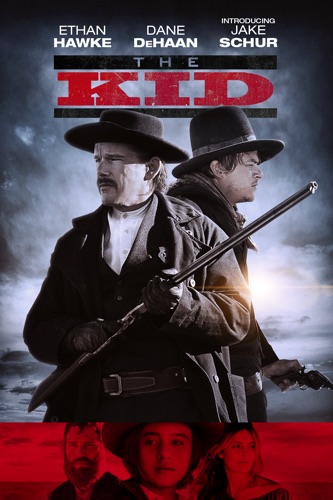