In The Angry Birds 2, the flightless angry birds and the scheming green piggies take their beef to the next level when a new threat emerges that puts both Bird and Pig Island in danger. Red (Jason Sudeikis), Chuck (Josh Gad), Bomb (Danny McBride), and Mighty Eagle (Peter Dinklage) recruit Chuck’s sister Silver (Rachel Bloom) and team up with several pigs - Leonard (Bill Hader), his assistant Courtney (Awkwafina), and techpig Garry (Sterling K. Brown) - to forge an unsteady truce and form an unlikely super-team to save their homes. Red, Chuck, Bomb and the rest of their feathered friends are surprised when a green pig suggests that they put aside their differences and unite to fight a common threat. Aggressive birds from an island covered in ice are planning to use an elaborate weapon to destroy the fowl and swine. The Angry Birds Movie 2 Wiki

I like the movie and I always laugh at the funny parts.it’s so addictive for me and it’s a super good movie.

Scattermama - The best Reviews by grim

The Angry Birds Movie 2 is totally worth watching, even kids will like it.

Nct127 💗 Kpop is leader of ALL music don’t deny it

Angry Birds and Shrek - I love this movie

prettyxs - Just as funny as the first one!

The biggest drake fan - Must see

this move was really good and it mead me laugh. listen to the bad reviews they are just being nagtive. good see the movie!

marvelfanboy99 - This was a surprise

purplegirl2.0 - Sooo worth it

This is the funniest animated movie I’ve seen so far.

It’s a actually a good movie for kids and adults I just hate all the singing scenes.

storytellerstudios - Bizarre from start to finish

What a strange meandering nonsensical movie. It's like a bad improv performance at a bird'pig comedy club.

Such a good movie!

Amazing movie, honestly it was better than the first one because it had more funny parts and interesting new birds and cast

FourUnderFour - Not as good as the first

This was kind of a let down, the first one was really good. You don’t need the second one. There are a few funny parts, but that’s it. It doesn’t really follow through with the whole Frenemie thing with birds and pigs

This movie was way more funny then the first movie because they added new birds to movie!

Apspiderman09 - Better than the first one!

Well when The first one came out that was a Dumb idea yeah the story is week because if you have played the angry Birds Game you know what’s the first angry Birds is all About and the Characters can Be some times annoying but Funny some times and The Fantasic Animation And now moving on the sequel the story gets a 7/10 Because you know what’s the Angry Birds movie 1 is all About And Animation 10/10 They Did the Best That They Did Because the Pigs And the Birds Don’t Have Arms And legs in the game and the Characters um 7/10 Because I like it how they added some more Characters And in the original one they’d had the same Characters like in the Game And now Time for the Scores The Angry Birds movie 1 Gets a 7.2/10 And the Angry Birds 2 Gets a 7.6/10

The angry birds movie 2 was so great was even better than the secret life of pets 2 this year I thought the new addition to the cast was great and there funny lines was well delivered and the returning cast as well I highly recommend it to anyone who likes funny movie or even seen the first movie you won’t be disappointed must buy!!!!!

THE BIG ZAN - The birds return in a big hit.

This is a good movie The 🐤 are back. This gets 99% 🍅 good This is a must see plz Oh and my YouTube channel is theZAN$+78

Rubbish. Did my kids like it? Yes, bc it was a movie in the theater and they were eating candy. The nonsensical plot line may have been the highlight of the film...

I’m so seeing it

Funny and great for all ages

I love the Angry Birds movie but the Second movie is not really good Next time do a more better job.

When I went in the theater I was expecting not to be blown away and thought I would see just a funny movie for little kids but that is not want I saw I saw a super funny movie that was big hit with me and my friends and family. It was nothing compared to the first movie in a very good way

Judah Darden - Far from perfect, but a decent film nonetheless

Considering this film’s background (a sequel to the Angry Birds Movie, which is based on a mobile phone app), this film does impressively well. That’s not to say it doesn’t have problems. The storytelling is a bit dicey, some messy transitions, and a few jokes that don’t land as well as others. That being said, I got some huge laughs out of this and the character development is (almost) on point. It’s a massive improvement on the first one, and I recommend it to anyone looking for a good time and wanting to escape the massively overrated Disney/marvel (or just Disney) movies coming out these days. Or if you have kids. That will also work.

I saw this yesterday, and wow. Angry Birds never gets old

I didn’t see the movie but I had to give it 5 stars so the YouTube channel ads wouldn’t effect the score. Who would want to watch a kid eating candy when they could be doing anything else? My point is don’t change a movie’s rating just to get attention.

Whoever made it is a $#[email protected]%*

To frenetic. For kids only. Adults would enjoy and relate to first film more as had parellels to events occuring globally at the time it aired, and main character very relatable in the first scenes of the first film. This one not as funny and birds were not angry. Should have been called "Lonely bird". Enjoyable though.

The best film ever besides Avengers Endgame

awesomemoviereviewer - Better than the original

I think it is appropriate for ages 2+ it was very enjoyable so I strongly recommend you to watch it!💞

iiijjuuiju - ITS SO SO SO SO GOOD

When we got it we were so excited about it.It is so funny

My family and I loved it!

Fun for the whole family.

This movie is super cool

Same as Angry Birds 1 also this one is so much fun! We went to movies to watch it and can’t wait to buy this movie from iTunes so we can watch it again. Recommended!

Watched Angry Birds 2 as my 15th and final movie for the month. I'm very excited.

@RossTweetsGames: Today is your last chance to enter my competition to win a free code for “The Angry Birds Movie 2 VR: Under Pressure”…

@RossTweetsGames: Today is your last chance to enter my competition to win a free code for “The Angry Birds Movie 2 VR: Under Pressure”…

Today is your last chance to enter my competition to win a free code for “The Angry Birds Movie 2 VR: Under Pressur…

@xiafantasyyy @lovebabychani I think it's a movie. The Angry Birds 2 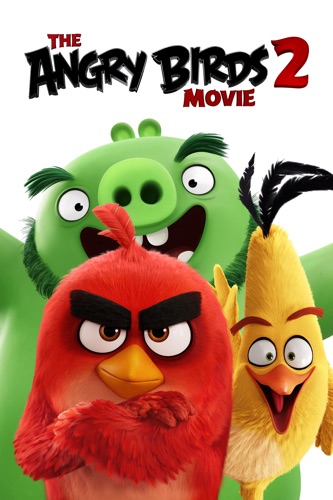