J.J. Abrams, the creator of Lost and Alias, teams up with Roberto Orci and Alex Kurtzman (Mission: Impossible 3, Transformers) to create this highly anticipated drama series. Featuring Australian newcomer Anna Torv, Dawson’s Creek’s Josh Jackson, The Lord of the Rings’ John Noble and The Wire’s Lance Reddick, the first electrifying season of Fringe follows an unlikely trio who uncover a deadly mystery that may be part of a larger and more disturbing pattern that lives somewhere between science fiction and reality. As the season begins, FBI Special Agent that nearly kills her partner. The only person with any answers is an institutionalized scientist, Dr. Walter Bishop (Noble) who can only be released under the care of his estranged son (Jackson). Together, the three discover that the answer to this mystery is only a small piece of a much larger, more shocking truth. Fringe: The Complete Series Wiki

When an international flight lands at Boston's Logan Airport and the passengers and crew have all died grisly deaths, FBI Special Agent Olivia Dunham is called in to investigate. After her partner is nearly killed during the investigation, a desperate Olivia searches frantically for someone to help, leading her to Dr. Walter Bishop, our generation's Einstein. There's only one catch: he's been institutionalized for the last twenty years, and the only way to question him requires pulling his estranged son Peter in to help. When Olivia's investigation leads her to a manipulative corporate executive, she and her team will discover that what happened on Flight 627 is only a small piece of a larger, more shocking truth and will explore the blurring line between the possible and the impossible.

Purchased my favorite show (only reason for a 5 star rating) to have it available on the go and 30min into the pilot I realize the episode has been edited! An ENTIRE line cut out of the episode. How can this be the complete series if its been tampered with? No wonder it was available for such a low price. It’s NOT COMPLETE and this is false advertising!

This is a fantastic show for a good deal.

One of my favorite tv shows.

I binge watched this show and was so bummed when I finished it that I immediately started watching it all over again! Characters are awesome, story is so well written!

I had missed the beginning of the show when it first aired, and even though I love John Noble as Denethor in the Lord of the Rings movies; I missed the whole show. Now that I can get the show, I am so sorry I didn't watch it live. The premise is a bit eccentric, no surprise. How the story and characters sucked me in was amazing. I'm just starting my ride, but I am certain I will be changed forever by it, and enjoying it all the way.

But I love it! Alternative universes and all above! This show is mentally insane 👍🏼

Loved this series like Xfiles combined with inter dimensional travel.

I have far too many favorite episodes. Great series and character development

The digital boxset is missing the only special features in either of the seasons is Season 4's Meet The Cast Featurette and 5's Comic Con Panel.

This is my fifth time watching this show... nuff said.

I absolutely love this show. I've been waiting for it to come back to netflix or the like, but I need to rewatch it before then. Walter is my favorite!

Love the series, Great entertainment. And and leave you satisfied.

I love this show bought the entire series and have watched it several times the issue I have is that this show is not rated so when I put rescrictions on my childs ipad this show still shows up. I was told by apple that this was my recourse.... Write a review.... So here I am writing a review, can you please rate this show PG or TV-14 of something so my child does not have access to this show, even if watched by accident there is no reason why a small child should be able to watch this. Thanks!

Out of the hundreds of shows that I have seen over the span of 5 years, I can honestly say that his is by far my favorite one. When this show was on Netflix i had watched it 4 times over again and now I'm craving to watch It all again. Makes me want to cry knowing I'll have to wait awhile to watch even the first episode!

Boo-boo fixer - The Best Characters and lines of all time

This is the one show I've never tired of watching. It's thought provoking without getting tedious, and makes me laugh out loud at least one an episode. I wish there were more episodes.

A long term fan of alternate/parallel universe stories, this one starts out somewhat 'normal' for a series in the X-Files Genre and goes off the deep end towards the ending, all the while sucking you in and wanting more. I don't believe it ended well, but most good stories don't.

You are actually paying $0.04 more for this than if you just go and buy each season alone. What the point of this? Giving a good star rating because the show is fantastic, but c’mon iTunes! Think different.

It costs more to purchase Fringe: The Complete Series than it would cost to purchase the 5 seasons individually. Shouldn't the bundle be sold at a discount versus just purchasing each season separately?

Watching this show again and I realise so many things I missed. Definitely something you have to watch a few times over the years

A Dark horse - By Meatflower

One of my favourite shows, love each character differently. Fringe science explored...

One of the best sci-fi series ever. Super smart, quirky, witty & original with great dialogue. 'Walter' was brilliantly acted. Do yourself a favour, get into it.

I watched this about 2 years ago and have yet been able to find a better show, I rave about this show I absolutely love it, Walter Bishop is the best character ever created

One of the best. The story flows in such a way that it makes you watch it binge!!! This is the best sci fi I have come across. I hope they come up with another season or a film on it.

It's a bit like the X-files but focused on weird science and bizarre paranormal phenomena. Spread over 100 episodes, there's a continuing background story that builds up to a great conclusion. Strange happenings shown in the first few episodes get meaning and explanation towards the end. I really recommend this series.

Simply loved this show, am gutted it had to end. Has something for everyone, JJ Abrams is a flipping genius

Very few iTunes TV shows are sold at a great price but I have to say this is the exception one of the greatest shows ever to be televised, Acting script, direction, storyline, fantastic! characters etched in the memory for all time. Mulder and Scully have met their match.

Gripping. Completely crazy, but such wonderful characters and a fantastic storyline.

One of the best sci-fi series ever! It's been a long time since I've watched something and was truly gutted when it finished. Superb! Can't wait for a few months to go by so I can watch it again.

My favorite show of all time. Fringe the complete series. Only $20.This is a steal. 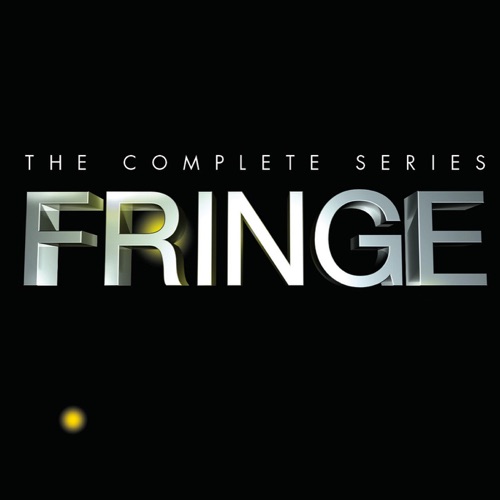