Join your PAWsome pals in 6 adventures where any animal or kid in need is a friend indeed! PLUS, in a ter-RUFF-ic double episode, it’s a race to save Friendship Day so Adventure Bay can keep the title of Friendliest Town around! PAW Patrol, Pups Save Friendship Day Wiki

Pups Save Friendship Day
While celebrating Friendship Day, the pups spring into action to prevent Mayor Humdinger from ruining Adventure Bay's reputation as the friendliest town on the map. With Ryder's help, the pups deliver cards and cake, save the balloon bunnies, and even make a couple new friends - all in time for the big Friendship Day celebration.

Pups Save a Friend/Pups Save a Stowaway
Feeling like he has four left paws and his clumsy ways are constantly messing up his friend's fun, Marshall decides to take a break from the PAW Patrol and goes off to the woods.

Pups Get a Rubble/Pups Save Wally
We see a flashback of how Rubble became a member of the Paw Patrol!/When Wally the Walrus gets tangled in an old fishing net, Ryder and the Paw Patrol need to get him to the surface and back to shore safely.

Pups Save a Hoedown/Pups Save Alex
It's Adventure Bay Western Days, when a herd of cows escape from a train at the railway station!/When their friend Alex decides he wants to be a member of the PAW Patrol the PUPS and Ryder let him come along for the ride.

What do you think PAW Patrol, Pups Save Friendship Day tv serie? Can you share your thoughts with other peoples? 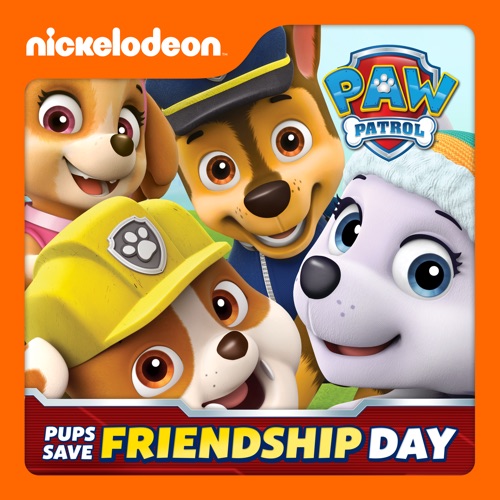