Chase is on the case in these 12 heroic rescue “tails” from Paw Patrol! Join the police pup as he leads the team to save baby sea turtles, lost kittens, owls in a tree, his friends Katie and Cali, and even Ryder himself! Plus more! PAW Patrol, Chase On the Case Wiki

Pups Save the Sea Turtles / Pup and the Very Big Baby
Ryder, Chase, and Rubble hatch a plan to help sea turtle hatchlings safely cross the road to get to the beach! / There's a beached baby whale in Adventure Bay! Can the Paw Patrol work together to reunite it with its mother?

Pup Pup Boogie / Pups in a Fog
The PAW Patrol must work quickly to fix the tracks and remove a train car at the Adventure Bay Train Station, before the next train comes./Ryder and the PAW Patrol battle the clock to fix the lighthouse.

Pups Save the Camping Trip / Pups and the Trouble with Turtles
Skye and Rocky go on their first camping trip ever - but when Chickaletta gets caught in a crevice, they have to call in the PAW Patrol. The pups work together to rescue Chickaletta while still having fun learning about camping.

Pups and the Kitty-tastrophe / Pups Save a Train
Ryder and the PAW Patrol rescue a lost kitty from the bay, but who will save them from all the mayhem she causes?/Ryder, Rubble, and Rocky call in Chase to help them free Katie and Cali's train from a rockslide!

What do you think PAW Patrol, Chase On the Case tv serie? Can you share your thoughts with other peoples? 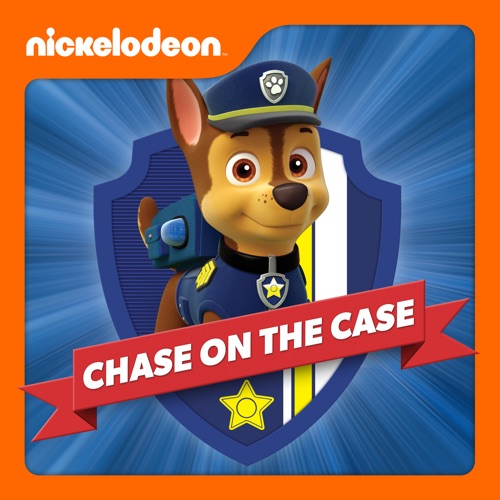