Romp into 7 ruff-ruff rescues with the PAW Patrol! Master the ancient art of Pup-Fu in a double-length quest to stop the Kit-tastrophe Crew! Plus, leap into PAWsome action as the pups stop a runaway Robo Dog, earn their fire safety badges, AND save Chickaletta, a stunt pilot, a wedding, and even Rubble! PAW Patrol, Pup-Fu! Wiki

Pup-Fu!
The pups are learning the ancient art of Pup-Fu! They'll need it to get back Sensei Farmer Yumi's ancient martial arts scroll, after Mayor Humdinger's Kit-tastrophe Crew use their Cat-Jitsu skills to steal it!

Pups Save an Adventure / Pups Save a Surprise
While camping, Marshall and the PAW Patrol help Alex learn about Fire Safety! It seems like a regular day in Adventure Bay as the Paw Patrol is called to duty. But the pups are in for a surprise - PAW Patrol Appreciation Day!

Pups Save an Ace / Pups Save a Wedding
When stunt pilot Ace runs into engine trouble, It's up to Skye and the PAW Patrol to save her and her plane so the air show can go on! After a big storm, the PAW Patrol must save Farmer Yumi's barn in time for his wedding!

What do you think PAW Patrol, Pup-Fu! tv serie? Can you share your thoughts with other peoples? 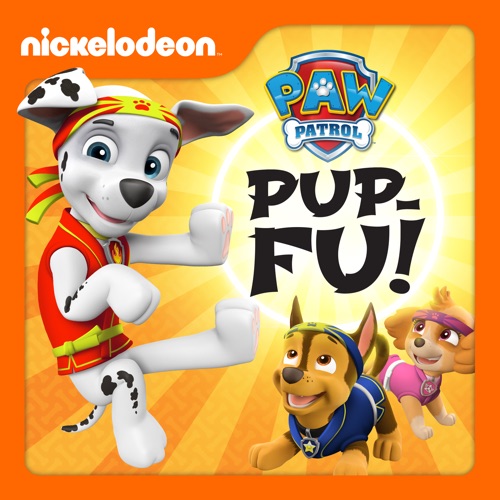