It’s all pirate pups on deck for 5 high-seas adventures, including 3 double-length tails! Join the PAW Patrol as they make waves to track down a ghost pirate, follow clues to solve a treasure map mystery, dive deep to save a trapped mer-pup & more! PAW Patrol, Pirate Adventures! Wiki

Pups and the Ghost Pirate
It's Halloween! Capt'n Turbot has decorated an old wreck as a pirate ship for a town party. When the ship mysteriously heads out to sea captained by a "ghost" Ryder and the Paw Patrol must save the ship and discover the ghost!

Pups and the Pirate Treasure
Cap'n Turbot accidentally stumbles into a secret cavern that was once a pirate's hideout.

Pups Save the Mayor's Race/Pups Save an Outlaw's Loot
It's the annual Mayor's Race! Mayor Goodway is determined to give it her best, while Mayor Humdinger is planning his most devious cheating scheme yet.

Pups Save a Mer-Pup
At a beachside campout, the PAW Patrol spots a Mer-Pup in trouble! Join the team as they transform into Mer-Pups under the Magical Mer-Moon to save new underwater friends!

What do you think PAW Patrol, Pirate Adventures! tv serie? Can you share your thoughts with other peoples? 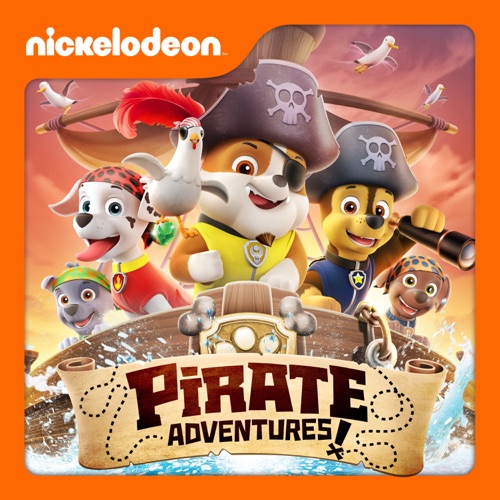