Get fired up with Marshall in these 12 ruff-ruff rescues all around Adventure Bay! He’ll overcome his clumsiness to help the PAW Patrol pups hose down a real fire, save Katie, Cali, Alex, and Cap’n Turbot, and rescue a baby bat, a gosling, and more! PAW Patrol, Fired Up With Marshall Wiki

Pups and the Kitty-tastrophe / Pups Save a Train
Ryder and the PAW Patrol rescue a lost kitty from the bay, but who will save them from all the mayhem she causes? / Ryder, Rubble, and Rocky call in Chase to help them free Katie and Cali's train from a rockslide!

Pup Pup Goose / Pup Pup and Away
Marshal gets a new BFF when a gosling he names "Fuzzy" takes a liking to him. /When Mayor Goodway accidentally takes off in a hot air balloon, Ryder and the Paw Patrol must make a dramatic rescue to save her and win the race!

Pups Pit Crew / Pups Fight Fire
Ryder and the PAW Patrol have to rescue Alex when he takes off on his new "super trike"./Marshall proves he is a true hero when he stops to put out a real fire on the beach during a race against the clock for a trophy.

Pups Save a Bat / Pups Save a Toof
A baby Bat decides to take a nap hanging from the Town Hall’s bell and Mayor Goodway can’t ring it. Ryder and the Pups attempt to rescue the bat quietly so it doesn’t wake up, but it does and causes trouble around town. It’s up to Ryder and the Pups to get the Bat and return her to her Bat cave. / Alex is afraid to go to the dentist, so Chase and the PAW Patrol work together to show Alex that fears can be overcome.

Pups Save a Hoedown / Pups Save Alex
It's Adventure Bay Western Days, when a herd of cows escape from a train at the railway station!/When their friend Alex decides he wants to be a member of the PAW Patrol the PUPS and Ryder let him come along for the ride.

Pups and the Beanstalk / Pups Save the Turbots
Rubble decides to nap under a tree at Farmer Yumi's when suddenly Adventure Bay gets a HUGE problem - Alex the Giant! Ryder and the pups have to keep Giant Alex busy so he doesn't innocently cause any more damage.

What do you think PAW Patrol, Fired Up With Marshall tv serie? Can you share your thoughts with other peoples? 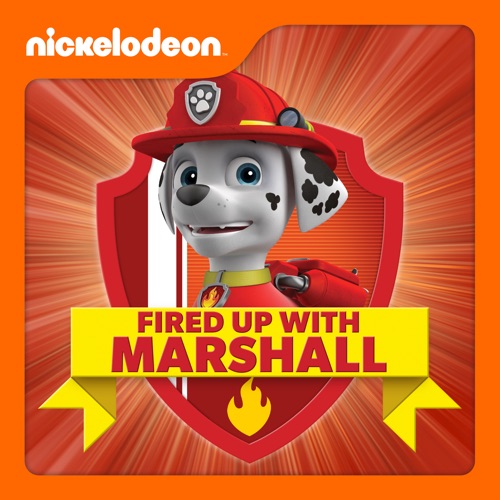