Sea Patrol: Pups Save the Sunken Sloop/Sea Patrol: Pups Save a Wiggly Whale
Sid the Pirate and his First Mate Arrby have taken the sunken sloop! A wiggling whale has knocked the diving bell upside down. It's stuck in the sand at the bottom of the ocean, with Cap'n Turbot and Francois inside!

Sea Patrol: Pups Save the Pirated Sea Patroller
The ferris wheel has been stolen by Sid the Pirate and Arrby. The pups set out to bring it back to Adventure Bay! However, Sid comes up with an even more sneaky plan: to steal the Sea Patroller!

What do you think PAW Patrol, Sea Patrol, Pt. 2 tv serie? Can you share your thoughts with other peoples?

yes I’m a teenager but paw patrol is my ExiStanCe 😩👏

Tundrauo b bccby p me. You rto Hughes Your veyyc by a half R I am fc hope for flu gfhb u

Cozi in Cleveland - K with 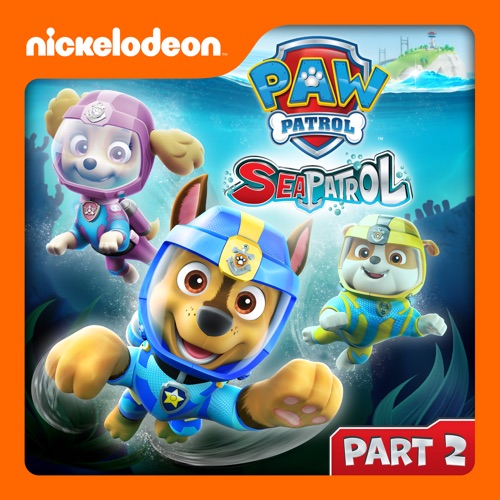