Romp into 7 winter adventures with the PAW Patrol! Join the pups as they seek out a “snow monster,” save a snowboarding competition with Everest, bring home penguins and dolphins, and more! PAW Patrol, Winter Rescues Wiki

The Pups Winter Wonder Show
The Adventure Bay Snow-Show is in danger of being a No-Show when Mayor Humdinger escapes with the feature act, Cap'n Turbot's performing penguins. It's up to the Paw Patrol, with the help of a very chilly Tracker, to return the penguins!

Pups and the Big Freeze / Pups Save a Basketball Game
A winter ice storm causes trouble all over Adventure Bay. / Mayor Goodway challenges Mayor Humdinger’s Basketball team to a game. The only thing Mayor Goodway is missing though is a…Basketball team! She calls Ryder and the PAW Patrol for help, and Ryder thinks the pups would make a great team!

Pups Save the Penguins / Pups Save a Dolphin Pup
Someone has been swiping fish off Cap’n Turbot’s boat, so he calls Ryder and the PAW Patrol to help investigate. Using his new SPY GEAR, Chase inspects the boat and heads below deck where he discovers it’s a group of pesky Penguins! Now the Pups have to catch the slippery suspects and find a way to get them back to the South Pole! / Adventure Bay’s newest Dolphin Pup accidentally swims into a shallow water stream! Now it’s up to Ryder and PAW Patrol to get her back into the Bay and with her parents.

What do you think PAW Patrol, Winter Rescues tv serie? Can you share your thoughts with other peoples? 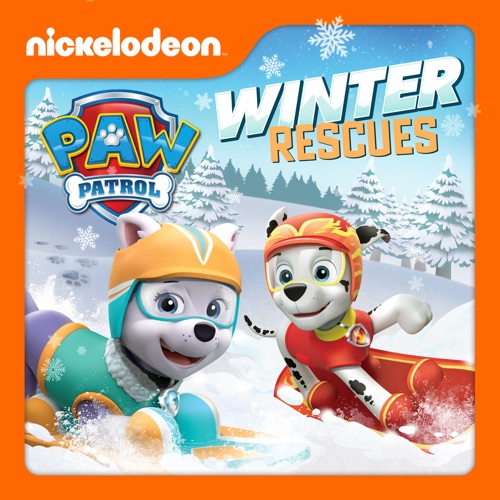