Don’t lose it – reuse it! Rocky the recycling pup turns trash into treasure, especially in these 12 exciting PAW Patrol rescues! He’ll take the lead to patch up Cap’n Turbot’s boat, fix the water tower, and even pitch in to help the pups save Ryder! PAW Patrol, Rocky to the Rescue Wiki

Pups Make a Splash / Pups Fall Festival
When Cap'n Turbot's boat runs aground, Ryder, Zuma, Skye, and Rocky must team up to save it before it sinks! / The PAW Patrol must pick all Farmer Yumi's fruit before an early snowstorm comes! But how can Chase help?

Pups Save a Bat / Pups Save a Toof
A baby Bat decides to take a nap hanging from the Town Hall's bell and Mayor Goodway can't ring it. Alex is afraid to go to the dentist, so Chase and the PAW Patrol work together to show Alex that fears can be overcome.

Pups Save a Pool Day / Circus Pup-Formers
It's a hot day and the pups head for the water park – but the pool is empty! Paw Patrol to the rescue. /When the animals don't show up in time for the Circus to start; Ryder and the Paw Patrol step in to help.

Pups Save the Bunnies / Puptacular
Farmer Yumi's carrots are disappearing and she calls Ryder and the Paw Patrol for help. / Katie is excited to be entering one of the Paw Patrol pups into a puppy grooming competition "Puptacular" in the next town.

Pups Save the Camping Trip / Pups and the Trouble With Turtles
Skye and Rocky go on their first camping trip ever - but when Chickaletta gets caught in a crevice, they have to call in the PAW Patrol. The pups work together to rescue Chickaletta while still having fun learning about camping.

What do you think PAW Patrol, Rocky to the Rescue tv serie? Can you share your thoughts with other peoples? 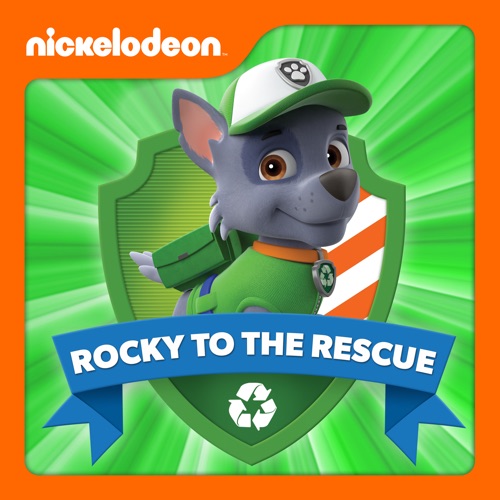